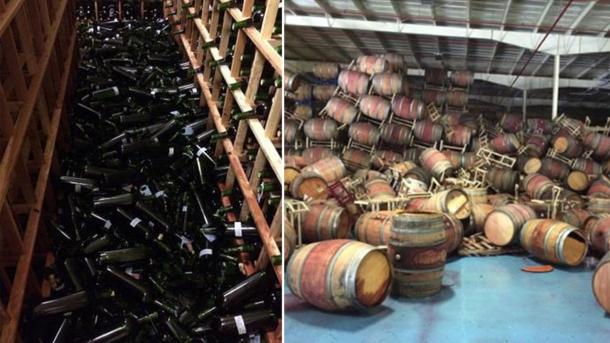 Governor Jerry Brown officially declared a state of emergency when Napa firefighters revealed the city had exhausted resources when trying to clean up the city after the quake. They had to contend with six fires, transport injured residents, search for anyone that might be trapped, and finally, answering calls about gas leaks, water main breaks, and fallen power lines. With all of these instances in mind, all Napa Valley Unified School Districts will be closed today to inspect for possible damage to school infrastructure.

A medical center in Napa handled 208 patients seeking emergency care.17 suffered broken bones and respiratory/cardiac conditions, while the rest were given medical attention for less severe injuries. One 13-year-old patient remains in critical condition after part of the fireplace at his home collapsed on him.

Despite all of these effects, Napa County officials are impressed with the way the community has responded and sprang into action to help residents who were injured or suffered damage to their homes.

Pacific Gas and Electric Co. has dispensed several utility crews to search out any natural gas leaks in the area after receiving a multitude of calls that Napa County residents smelled natural gas. Currently, officials report that the gas system has seemed to survive the quake with only minor damage. A spokesperson was confident that the gas system is mostly unscathed, he said the company is instead focusing mainly above ground issues to help restore power infrastructure.

Read more about the earthquake here.