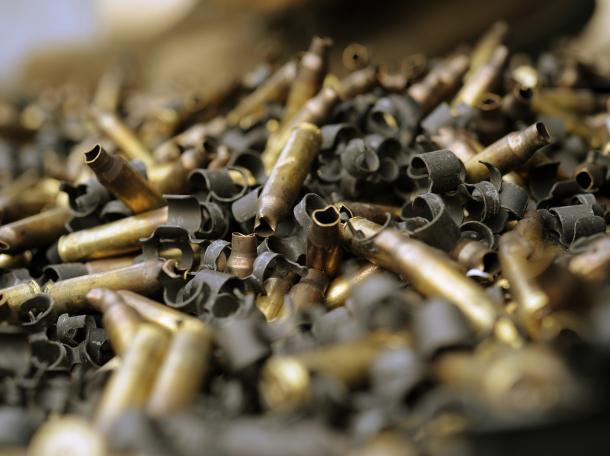 With the recent events in Ferguson, Missouri, concerns over the growing “militarization” of local police forces have been pushed into the national spotlight. Some D.C. lawmakers already appear poised to take up the issue, with plans to introduce legislation that would prohibit the transfer of military weaponry to law enforcement officials.

Much of the increasing ‘militarization’ of local law enforcement stems from a federal program known as the Excess Property or 1033 Program, which was initially part of the U.S. war on drugs. Since its inception in the early 1990s, the U.S. Defense Department has used the plan to funnel billions of dollars worth of surplus military equipment to law enforcement agencies around the country.

California is no exception. According to a newly-released database of military equipment transfers under the 1033 Program, 56 out of 58 California counties received supplies between 2006 and 2014. These ranged from boots and blankets to firearms and mine-resistant armored vehicles. The counties of Lake and San Benito were the only ones not on the list, while only one transfer is shown for the County of Santa Cruz.

Local law enforcement agencies across the country have argued that that these transfers are necessary to ensure public safety.

"Receiving this equipment through the 1033 Program has allowed us to obtain equipment we didn't otherwise have funding to purchase," said Riverside County Sheriff’s Department spokesman Armando Munoz, whose county has received rifles, gas launchers, and helicopters from the program.

"The equipment has been beneficial to the safety of our deputies and their ability to carry out the department's mission to protect the public," Munoz added.

Critics of the program, however, argue that the increasing militarization of local law enforcement has created a charged atmosphere which further sews the seeds of mistrust and blurs the line between cop and solider. That criticism has come from both sides of the aisle. U.S. Sen. Rand Paul (R-KY), Sen. Carl Levin (D-MI), and Rep. Hank Johnson (D-GA) have all called for the curtailment or reassessment of the program in recent weeks.