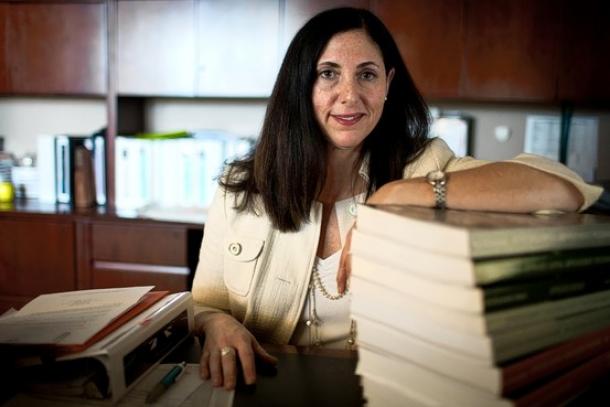 Public Trust and Competence at Stake in CalPERS Election

A special op-ed from Leyne Milstein, Director of Finance for the City of Sacramento and a candidate for the Public Agency Director position on the CalPERS Board of Administration, representing employees of about 1,500 cities, counties, and special districts.

The CalPERS Board of Administration is the trustee for nearly $300 billion in retirement and health benefits for 1.6 million government workers, retirees and their families. As one of those workers and now a candidatefor the CalPERS Board, I believe members of that board should hold themselves to the highest standards of competence and accountability. Unfortunately, over the last 12 years my opponent, Priya Mathur, has been found guilty of violating the Political Reform Act (Act) four times, resulting in fines to date totaling $14,000, for failing to file campaign receipts and expenditures so the voters are fully informed.  The most recent $1,000 fine, negotiated between Ms. Mathur and Fair Political Practices Commission (FPPC) staff, was rejected by the FPPC and returned to staff to renegotiate as it is “too low”, said Jodi Remke, FPPC chairwoman.

"Failing to file a campaign statement is a serious violation of the Act because it deprives the public of important information about a candidate's financial activities," said Gary Winuk, the Fair Political Practices Commission's chief of enforcement. Ms. Mathur’s pattern of repeated violations of the law suggests she does not want to be, or should not be, accountable to the public and the pension system members she represents.

Perhaps of greater concern, however, is that Ms. Mathur seems unaware of the financial impacts of CalPERS Board decisions. In a recent arbitration hearing she unsuccessfully challenged my claim in my candidate statement that these decisions could easily amount to 55% or more increases in pension costs for more than 400 participating local agencies.

Ms. Mathur said: “I don’t’ believe her claim reflects CalPERS published information or that her claim is accurate.” When the hearing was over and the dust had settled, however, Administrative Law Judge Jonathan Lew concluded that I had relied on CalPERS' published information about future rate contribution increases to support my claim that rates could increase 55 percent or more over the next six years.

Combined with her failure to comply with simple campaign finance filing requirements, this fundamental lack of understanding of the financial impacts of her own actions on employers and employees, raises serious questions about her fitness to serve on the CalPERS board for four more years.

The long-term sustainability of CalPERS is a serious responsibility that requires Board members who are accountable to those they represent and knowledgeable about the decisions they are making. I am running for the CalPERS Board because I do not believe my current representative on the Board fulfills these requirements.

For more information on the issue, please see the articles below.