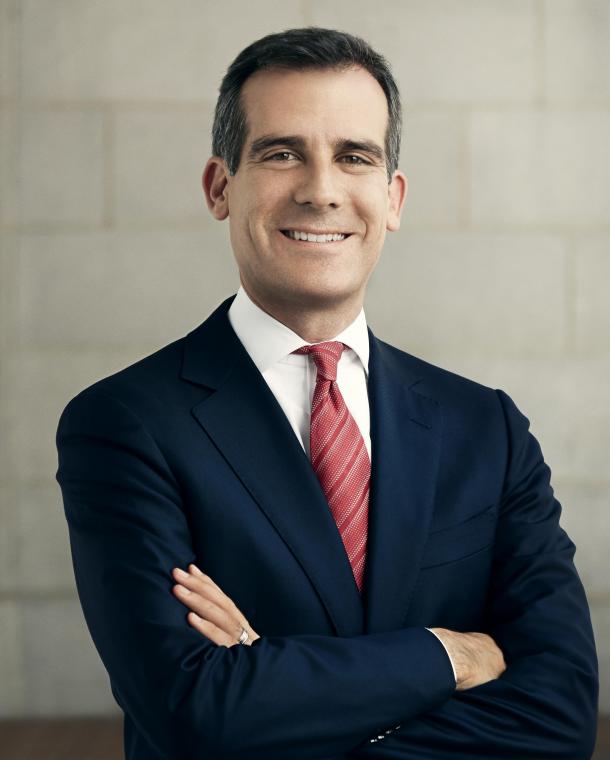 Garcetti on board with the driverless car revolution

LA may be powerless to deal with its infamous traffic. But Los Angeles Mayor Eric Garcetti hopes that those traffic jams could be more relaxing in the future.

Garcetti is openly embracing the driverless car revolution, and wants Los Angeles to be at the forefront.

Speaking at The Atlantic's City Lab, Garcetti said that he wants Los Angeles to be the first city to offer residents rides in driverless cars. He said the city "could be the first place really in an urban center where we have autonomous vehicles that are able to be ordered up [like] a car service, right away in a real neighborhood, not just in a protected area."

First stop? Westwood. The mayor said he is working with UCLA on advancing the driverless cause and Westwood could potentially become a driverless hood.

The idea is you could call up a car, like Lyft or Uber, but your car wouldn't have a driver, according to the Los Angeles Times. If taxi companies thought they hated ridesharing, wait until they meet robot cars.

But if there’s no driver, does that mean no tip?