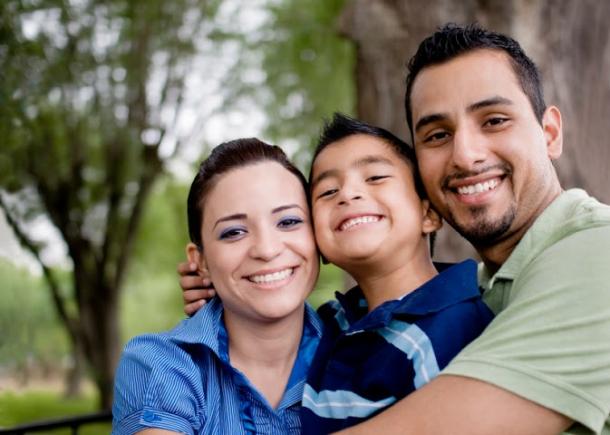 Both cheers and jeers sounded across California counties Thursday night, as President Obama announced his controversial executive action on immigration reform. And, while much of the country was arguing over the constitutionality of the president’s move, Californians remained largely focused on its direct impacts for the Golden State.

The president’s plan will effectively defer the deportation of some 4 million immigrants who currently reside in the country illegally, while also making them eligible for work permits. That came as welcome news to the many migrants who live and work in California without the legal paperwork.

"This is a great day for farmworkers," said undocumented worker Jesus Zuniga, who picks tomatoes in the Central Valley. "It's been worth the pain and sacrifice."

Similar sentiments were echoed at celebratory protests held across the Inland Empire Friday, albeit with a sense of cautious optimism.

Not everyone is thrilled with the president’s actions, however. Sacramento County Sheriff Scott Jones offered one of the harshest rebukes of Obama’s approach to immigration before the executive action was even officially announced. In a video released Wednesday, Jones criticized the president for failing to secure the U.S.-Mexico border.

"Deferred action or amnesty is deferring this crisis,” Jones added. “It is not reform, it’s simply giving up."

In the video, Jones references the death of Sacramento County Sheriff’s Deputy Danny Oliver and Placer County Sheriff’s Detective Michael Davis, Jr. The two were killed last month by Marcelo Marquez, an illegal immigrant who had been deported several times, only to return. That incident should serve as a wake-up call when it comes to the public safety issues posed by illegal immigration, according to Jones.

“The problem I have is I can't tell which [undocumented immigrants] are good and which ones are evil, and neither can you. By their very definition, they are undocumented, untracked, untraced and unaccounted for," the sheriff said.

Reactions to the president’s move were predictably mixed in San Diego and Los Angeles County, which comprises the largest number of undocumented immigrants in the state. There, opponents expressed concerns that the move could heighten competition in an already difficult job market and add to the growth of entitlement spending. Los Angeles County Supervisor-Elect Hilda Solis disagreed, insisting the plan would be a net benefit for the local economy.

The president's executive action applies to undocumented parents of children who reside in the country legally, as well as green card holders who have lived in the country for more than five years. In addition, it aims to shift priorities for deportations by focusing on more high-risk offenders, including those with criminal backgrounds.