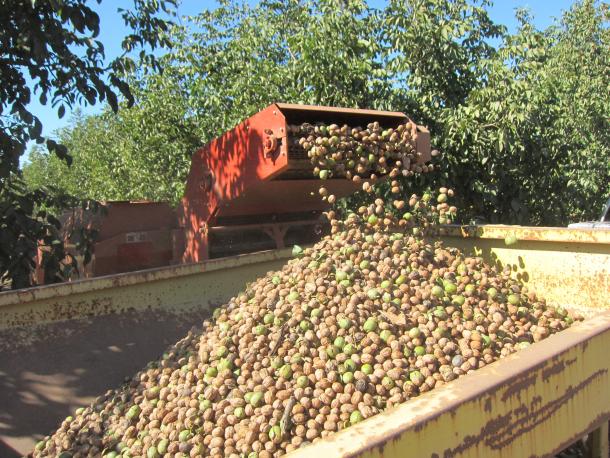 Despite the state’s record-breaking drought, this year’s fall walnut harvest is coming in better than expected.

Federal estimates at the opening of the annual crop season in September forecast a record 545,000 ton walnut harvest.

The California Walnut Board, however, recently reported that statewide handlers had received 558,000 tons as of Nov. 30.

Given usual trends as farmers wrap up deliveries this month, the final crop may total close to 563,000 tons, industry consultant Pete Turner told the Stockton Record.

San Joaquin County leads California in walnut production. The bounty could mean lower crop payments for farmers, but offer come relief to consumers who have been enduring record-high prices for walnuts.

The high demand for walnuts has created a boom in orchard planting. What the industry calls bearing acreage, trees producing walnuts, was estimated at 290,000 acres this year, compared to 255,000 bearing acres in 2010, the previous record year, the Record reported.