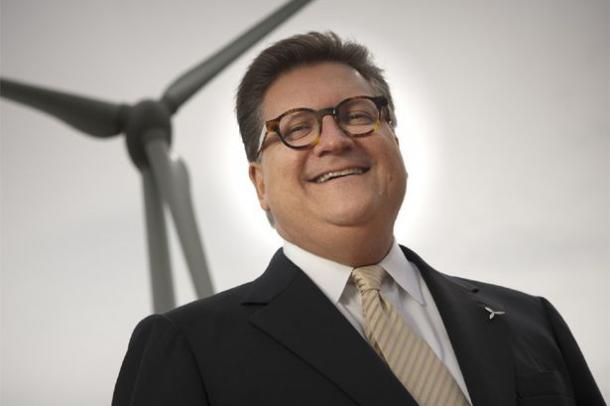 As the new Legislature settles in, students are protesting tuition increases while the state faces yet another funding crisis for higher education. This has set lawmakers abuzz about what tax plan should replace Gov. Jerry Brown's temporary increase that will soon wind down and that he vows not to renew.

This welcome debate should not once more be about cobbling together short-term measures. Instead, it ought to be about a vision of California and how that should shape our tax system, not vice versa.

California has long been known as the land of opportunity, but for too many residents, opportunity is receding. Inequality continues to rise even though California has one of the most progressive tax structures in the nation.

Something more is needed: A new philosophy of governance that focuses on the progressive outcome that can be achieved through modernizing our tax system and investing in the means of upward mobility for every resident. Above all, we need public investment in infrastructure and in public education, particularly higher education, for our increasingly youthful population.

Beyond these foundations, building and sustaining a middle class means new private sector jobs with good wages. Small businesses, like plumbing contractors, auto repair shops and restaurants that account for more than 90 percent of the state's businesses and well over a third of all jobs are a key rung on the ladder of upward mobility. They need a tax policy that enables them to grow and add employees.

California's $2 trillion economy has shifted from being mainly agricultural and manufacturing in the 1950s and 1960s, when the framework of today's tax system was set, to one based on information and services, which now account for 80 percent of all economic activity in the state. We need a tax system based on this real economy while ensuring that new revenue is invested in strengthening the ladder of mobility.

The linchpin of that new philosophy of governance is Senate Bill 8, the proposed Upward Mobility Act. It proposes three broad changes to the tax code.

First, it would broaden the tax base by imposing a tax on services, exempting health care and education. Second, it would alter the corporate tax structure to provide incentives for business investment and for paying a reasonable minimum wage. Finally, SB 8 would reduce personal income taxes across the board while retaining its progressive structure.

Some have expressed concerns that a new tax on services may have a cumulative effect. Specific provisions will be written into SB 8 only after a series of reviews and hearings in the Capital and outside Sacramento. But the plan is to provide full disclosure before any final vote.

The latter provisions would be phased in when it is clear that new revenue from the service taxes is sufficient to replace revenue that would be lost by those changes -- and is sufficient to provide low-income workers with an Earned Income Tax Credit.

Projected revenues from SB 8 in the range of $10 billion would be apportioned in the following way: $3 billion for K-12 schools and community colleges, $1 billion each for the two university systems, $3 billion for local governments and $2 billion for the new earned income tax credit.

Many of these ideas were first aired by the bipartisan Think Long Committee for California and are embraced by a budding coalition that includes local governments, business, labor, students and the university community. This is only the beginning of the debate, but it must take place in the broader frame we have proposed.

If California's future is to be as promising as its past, we need a tax system that reflects our real economy in the 21st century while ensuring that new revenue is invested in strengthening the ladder of mobility for all residents.

Robert Hertzberg, D-San Fernando Valley, a former Assembly speaker, represents Senate District 18. Edward D. Kleinbard is the Johnson Professor of Law and Business at the University of Southern California's Gould School of Law and the author of "We Are Better Than This: How Government Should Spend Our Money." Laura Tyson chaired the President's Council of Economic Advisers during the Clinton Administration and is a professor at the Haas School of Business at the University of California, Berkeley.