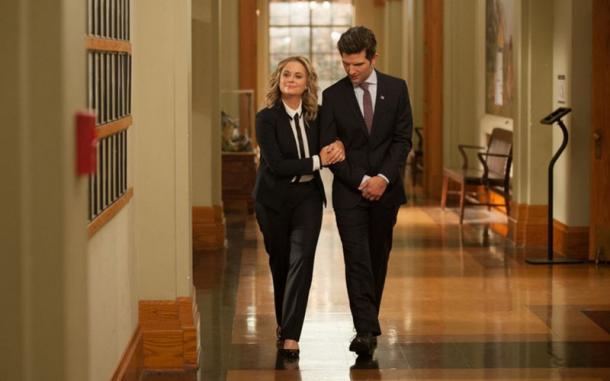 Last night marked the ending of Parks and Rec, the major network prime time sitcom that gave a little love to local government.

Over the years, we followed as show’s Leslie Knope, the intrepid and tireless mid-level bureaucrat in the Parks and Recreation Department of Pawnee, Indiana. Knope and her rag-tag group of colleagues in the Parks Department form the campaign team behind Leslie’s run for City Council in 2012.

Leslie makes no attempt to hide her ambitions and often dreams of being president, but her first run for office aims for a seat on the council of her beloved Pawnee.
Knope’s boss is Ron Swanson, a man’s man who comically hates the very government he works for, and sports one of the most impressive moustaches on primetime television. Leslie’s City Manager is played by Rob Lowe, a character that is relentlessly positive, encouraging, and health-food obsessed (basically the opposite of Swanson).

The show ended last night on a sentimental note. As the daily Beast noted in its series-ending wrap-up, “Few TV comedies dare to balance pathos and quirk with tight, rapid-fire comedy the way that Parks has over its six seasons. And while Tuesday night’s series finale was more moving and emotionally rewarding—and dare we say dangerously close to sappy—than it was particularly funny, it’s a sweet send-off that was earned.”

America’s perception of local government may never be the same.