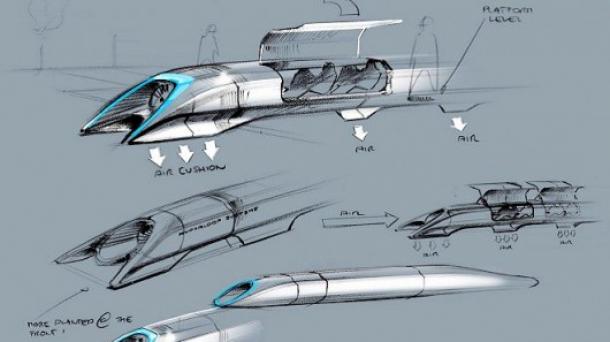 Elon Musk has not given up on his Hyperloop project.

The Tesla and Space-X founder is relocating a factory to develop the futuristic, high-speed transportation system that Musk says makes more sense than high-speed rail.

The company has leased warehouse space in downtown Los Angeles and is rapidly adding new workers to a staff of 20 full-time employees, according to the Los Angeles Times.

Under Musk’s vision, travellers would travel through vacuum tubes at speeds of up to 750 mph, promising travel from Los Angeles to San Francisco in half an hour.

The new company, Hyperloop World Headquarters, is setting up in a 6,500-square-foot industrial space in a gentrifying section of the Arts District in downtown Los Angeles.

“The neighborhood has been a favorite of L.A.'s apparel industry for years,” real estate broker John Zanetos of CBRE Group Inc., who represented the landlord in the Hyperloop lease, told the Times. “Over the last two years a few tech firms have also arrived, and more are on the horizon.

"Tech, entertainment and design-related firms are looking at the Arts District as a viable location," he said.