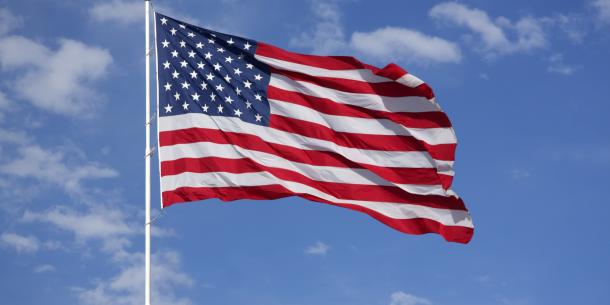 A UC Irvine panel has vetoed a controversial measure passed by the student council to ban the American flag from the lobby of a university building.

The resolution authored by student Matthew Guevara of the university's social ecology school lists 25 reasons for the ban, saying that the American flag has been flown in times of "colonialism and imperialism" and could symbolize American "exceptionalism and superiority."

“Freedom of speech, in a space that aims to be as inclusive as possible, can be interpreted as hate speech,” the resolution states.

The reaction has been, to put it mildly, mixed.

The university’s executive cabinet took quick action, voting 4-1 in a private meeting to overturn the ban that was narrowly passed by the campus's Associated Students two days earlier.

"We see the flag as transcending policy and politics, it represents American values," Reza Zomorrodian, council president and head of the executive cabinet, told the Orange County Register after the veto.

The original resolution was approved by UCI’s student council on a 6-4 vote Thursday, with two abstentions.