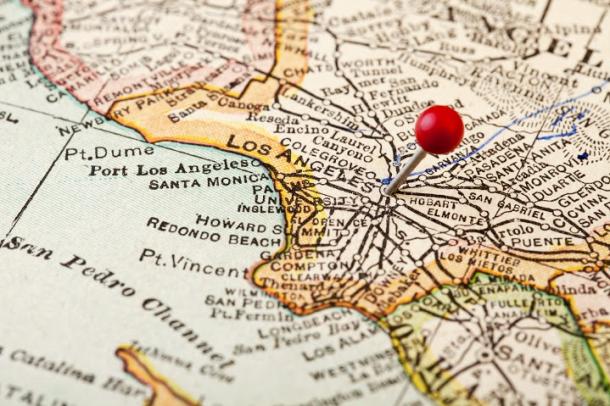 This Sunday marked the end of the beloved Girl Scout Cookie Program—a campaign which rakes in nearly $800 million per year and adds countless inches to the waistline. But as you glance over your stockpile of newly-purchased sweets, consider this: not all Girl Scout cookies are created equal.

In fact, it turns out that your Thin Mints—the most popular brand among American Girl Scout cookie consumers—differ slightly, depending on the county you bought them in. In Orange County, for instance, the confections are crunchier with a trefoil-like shape. In Los Angeles, they come in a perfectly round form with a far smoother texture. So, what gives?

It all comes down to the bakers, the organization says. The cookies sold in Orange County are made by a company called ABC Bakers, whereas L.A.’s cookies originate from Little Brownie Bakers. This accounts for their differences in shape and texture.

In other parts of the country, the differences are even more stark. Some Florida consumers get Tagalongs, while others get Peanut Butter Patties. The cookies are similar—both equipped with chocolate-peanut butter goodness—but their appearances and names differ. The coconut Samoa cookie is also not available to everyone. In fact, around 97.5 million Americans will get a more chocolatey version called Caramel deLites.

Read more about the differences in Girl Scout cookies here.