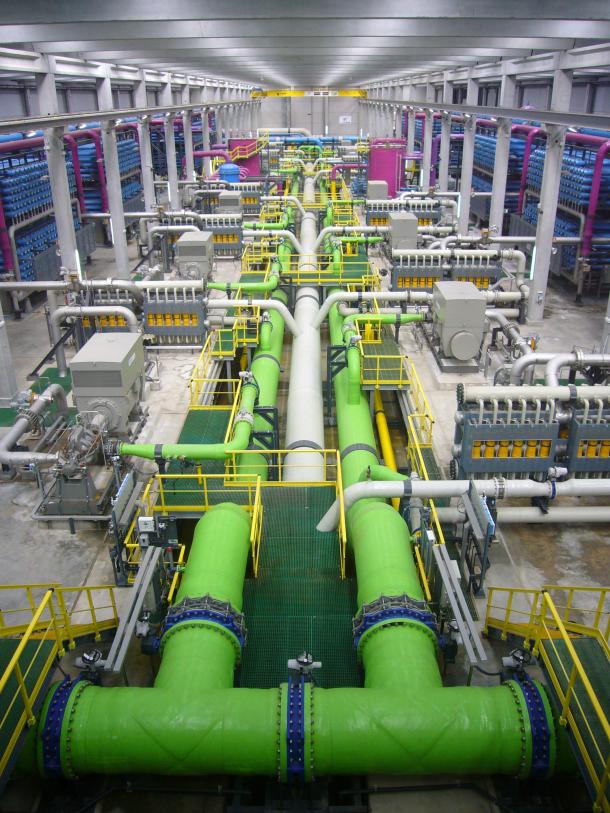 Santa Barbara looks to desalination. Will other cities follow?

Officials in Santa Barbara County are looking again to the ocean to solve their water woes.

With the state in the midst of a record-breaking drought that is leading to mandatory cutbacks for the first time in state history, more and more officials think it may be time for desalination.

The technology has been largely ignored because of high costs and objections from environmental groups who worry about the impacts of the plants on ocean temperature.

But as the state gets thirstier, and water is in shorter supply, desal is getting another look.

As the Mercury News reports, “By early June, the Santa Barbara City Council is expected to vote to spend roughly $40 million to modernize and restart the desalination facility, located in an industrial area between Highway 101 and Santa Barbara's landmark Stearns Wharf.

The plant cost $34 million to build during California's last major drought in the late 1980s and early 1990s. But shortly after it opened in 1992, drenching rains returned. And because the water was so expensive to produce, the city shut down the plant three months later and sold its filters to Saudi Arabia. It has sat, closed, ever since.

In recent months, environmental groups unsuccessfully tried to convince the California Coastal Commission and other agencies to force the city to bury the pipe that draws water from the ocean to the plant, to avoid sucking in fish larvae, plankton and other species at the base of the food chain.

"Good decisions are not made when people are in panic mode," said Susan Jordan, executive director of the California Coastal Protection Network in Santa Barbara. "You don't want to wake up in 30 years and realize you've devastated your ocean economy.

"But with the drought, it is a freight train. People aren't always listening to logic."

You can read the full Mercury News arlicle here.