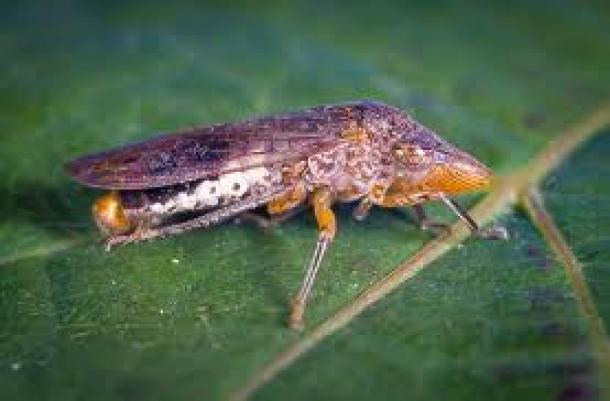 Sonoma county ag inspectors are on alert after a persistent pest was discovered among the county’s vineyards.

The glassy-winged sharpshooter has been the scourage of the grape-growing community, and was eradicated after help from state officials over the last decade.

But like a bad zombie movie, the little bugger is back, and grape growers are concerned.

The Santa Rosa Press Democrat reported Sunday that inspectors rejected a shipment of mostly olive trees from Ventura County sent to a nursery last month after finding eggs and exoskeletons of the glassy-winged sharpshooter.

The sharpshooter can transmit bacteria responsible for plant diseases, including Pierce's disease, which is fatal to grapevines.

According to Wikipedia, "The glassy-winged sharpshooter feeds on a wide variety of plants. Scientists estimate the host plants for this sharpshooter include over 70 different plant species. Among the hosts are grapes, citrus trees, almonds, stone fruit, and oleanders. Because of the large number of hosts, glassy-winged sharpshooter populations are able to flourish in both agricultural and urban areas. They feed on a plant by inserting their needle-like mouth parts into the plant's xylem. While feeding, sharpshooters squirt small droplets of waste from the anus (filtered xylem fluid, basically water with trace solutes, especiallycarbohydrates), often called "leafhopper rain." These droplets are messy and, when the water evaporates, leave a residue that gives plants and fruit a whitewashed appearance."