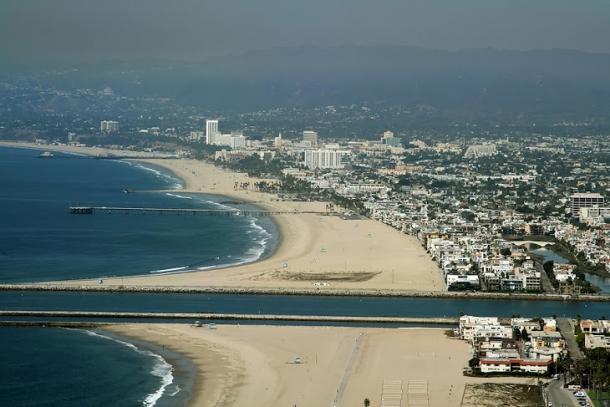 An earthquake fault that runs through Ventura County could produce a magnitude 8.0 earthquake and a wave of dangerous tsunamis, according to new research. The revelation flies in the face of past assumptions that the fault posed a moderate threat and was only capable of producing minimal temblors.

The new data was gleaned from research conducted by Harvard University, USC, San Diego State, and the U.S. Geological Survey.

According to the scientists, the fault extends much deeper than previously thought and appears to be connected to a series of other faults in the region. If an earthquake along the Ventura fault caused shaking along the others nearby, it could produce a 7.7 to 8.1 magnitude quake running from Ventura underneath the San Fernando Valley, Altadena, and Azusa and east through San Bernardino County. In turn, this could create a tsunami starting in the Santa Barbara Channel area and affecting the coastline down to Santa Monica and further south, one expert said.

"People should stand up and take notice," said U.S. Geological Survey geophysicist Ken Hudnut. "It used to be nobody would've ever claimed magnitudes of earthquakes along this fault system that were in that size range."

The California Geological Survey is heeding that warning, and is now considering revising its tsunami hazard maps as a result of the new information.

Experts say such a massive event occurs every 400 to 2,400 years along the fault. The last sizeable quake to hit the area was around 800 years ago.