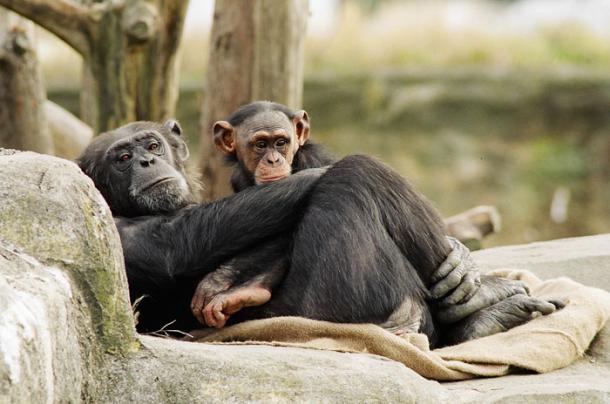 A pair of chimpanzees in New York are demanding to see their lawyer.

Or something like that. Actually, it is the lawyers for the aforementioned chimps who are demanding that the primates be extended the right to an attorney, among other things.

The Kelowna Daily Courier reports, “Lawyers for two chimpanzees are heading to court to argue that the animals have "personhood" rights and should be freed from the Long Island university where they are kept.

The Nonhuman Rights Project has filed the petition in a state court in Manhattan on behalf of Leo and Hercules. The chimps are kept at Stony Brook University, where they are used in locomotion studies. Stony Brook is part of the State University of New York system.

“Their lawyers say in their petition that the court should recognize the chimps as "autonomous and self-determining beings" who have the right to bodily liberty. They want to see them sent to a sanctuary in Florida that they say is as close to living in nature as chimps can get in North America.

“The state attorney general's office is representing SUNY, and says the courts should dismiss the petition because it should properly have been filed in Suffolk County, not New York City. And if not for that reason, the petition should be dismissed for reasons including other court decisions that have ruled chimps do not have personhood rights.”

The chimps are not expected in court, according to the paper’s report.