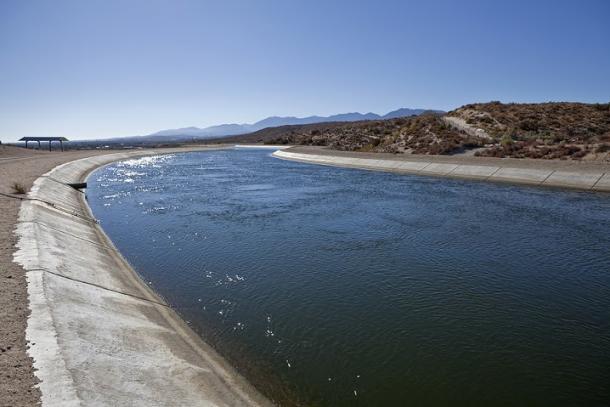 Under Pressure: Starbucks to Move Water Bottling Operations Out of Drought-Stricken California

Amid fierce criticism from environmental protection groups, the coffee giant Starbucks has decided to cease water bottling operations in the parched Golden State.

The Seattle-based coffee chain and its water bottle brand “Ethos” recently caught flack for the potential negative impact its operations were having on California, which is now in its fourth year of drought. In response to the so-called drought-shaming campaign, Starbucks announced Thursday that it would cease those operations in California, resuming in Pennsylvania instead.

“Due to the serious drought conditions and necessary water conservation efforts in California, Starbucks is moving the sourcing and manufacturing of Ethos Water out of state,” the company said in a statement. “Beginning the first week of May and over the next six months, Starbucks plans to move production to its Pennsylvania supplier, while simultaneously exploring alternatives to transition to a new source and supplier to serve the company’s West Coast distribution.”

According to the company, the decision is aligned with its mission to be a “globally responsible company.” A small portion of the water Starbucks sells is already allocated to the Ethos Water Fund, which aims to “support water, sanitation and hygiene education programs in water-stressed countries,” the company notes.

Not everyone is pleased with the move, however. In fact, some are decrying it as down-right cynical, noting that the environmental concerns over bottling are likely to persist in both California and elsewhere. Others are worried about the financial impact that the move could have, as production and jobs are shifted out of state.

Ethos obtains its water from a private spring in Baxter, CA in the Sierra Nevada foothills. It is bottled by Safeway-Lucerne Foods in Merced. Despite the potential ramifications, Placer County Supervisor Jennifer Montgomery, whose District 5 includes Baxter, said she supports the plan.

“While I recognize that Starbucks donates 5 cents per bottle to clean water projects around the world, it is important to note that the Baxter area water is from a fractured rock supply and no one fully understands what impacts the intensive use of that water resource will have on local wells,” Montgomery said. “These are wells that our residents rely on for all their needs, so I am glad to see Starbucks take this action.”