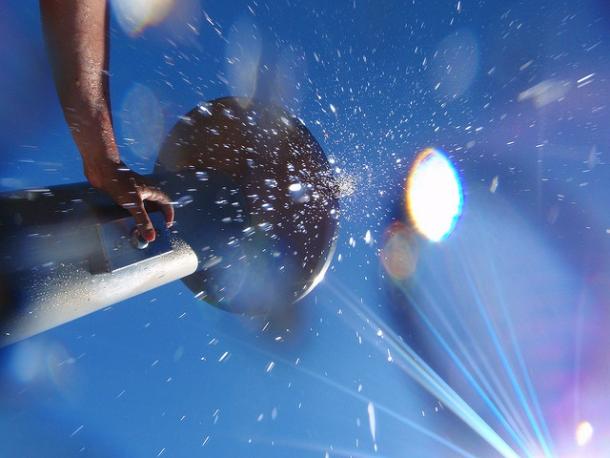 California to Shut Off Beach Showers Amid Drought

Outdoor beach showers will become the latest casualty in the state’s effort to reduce water consumption amid a relentless four-year drought.

Last week, the California Department of Parks and Recreation announced the closure of public rinse stations at all state-run parks and beaches, effective July 15. The move is expected to conserve more than 18 million gallons of water per year, according to officials.

Todd Lewis, acting superintendent for California State Parks’ Orange County district, said beachgoers will have to get creative when it comes to expelling all that sand and grit. In addition to a good old jug of water, "a fine-bristled broom is also a terrific way to remove sand from your body," Lewis said.

So far, the department says it has managed to meet the 25% reduction mandate at all of its 278 parks, but additional consumption is needed for areas with greater water scarcity.

The new restrictions will affect 38 state beaches, many of them in Southern California. The water will continue flowing at the Dockweiler and Will Rogers beaches in Los Angeles County, however, because they are managed by the county’s Department of Beaches and Harbors. Indoor showers at campgrounds are also exempt.