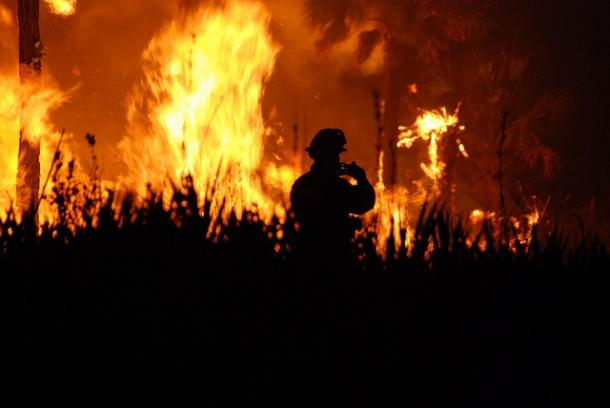 A wildfire which has been burning near Napa Valley for several days was 65 percent contained as of Sunday night with full containment expected by Tuesday, according to Cal Fire officials.

The Wragg fire began in the Lake Berryessa area of Napa County on Wednesday and has so far consumed more than 6,500 acres. As of Sunday, 1,729 fire personnel, 133 fire engines, 43 fire crews, 13 helicopters, 24 bulldozers, and 13 water tenders had been dispatched to the area.

Fire officials have lifted all road closures and evacuation orders, but the Lake Solano campground remains closed to allow for fire equipment access. Cal Fire officials said the blaze had destroyed some minor structures, as well as a water supply wellhead. Damage to a walnut orchard was also reported.

The fire is believed to have been sparked by a vehicle crash in the area, but officials say the cause is still under investigation. Efforts to extinguish the flames were initially slowed by the area’s rough terrain.

Get the latest information on the Wragg fire here.