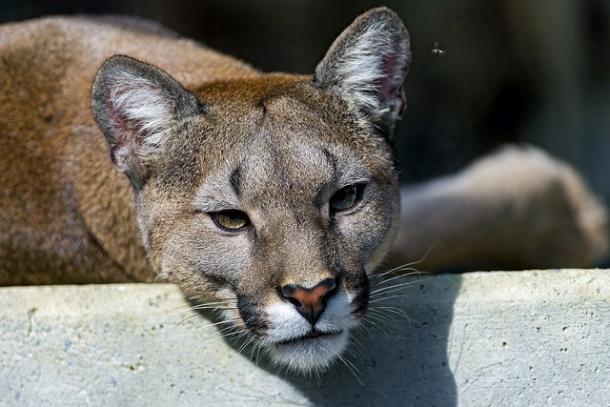 A Southern California mountain lion who rose to celebrity status after his journey out of the Santa Monica Mountains has died, the National Park Service announced Thursday. The adolescent cougar known as “P-32” was struck and killed by a vehicle while crossing the I-5 near Castaic in the early morning hours.

While tragic, P-32’s fate is not all that surprising given the feline’s affinity for adventurous highway crossings. He is known to have crossed State Route 23, Highway 26, Highway 118 and even the treacherous 101 during his unprecedented journey out of the Santa Monica Mountains and into the Los Padres National Forest.

“He was kind of showing us how it could be done,” National Park Service spokeswoman Kate Kuykendall said. “He was making his way.”

Biologists who have been studying mountain lions in the region had high hopes for P-32, believing he could help restore the lions’ population there. Instead, the first male to make the aforementioned journey has now become the twelfth lion to die on a freeway or highway in the state.

Some experts, such as Beth Pratt of the National Wildlife Federation, say the incident underscores the need for a proposed mountain lion crossing which is still being drawn up by state officials. If that proposal can move forward, P-32’s death will not have been in vain, Pratt said.