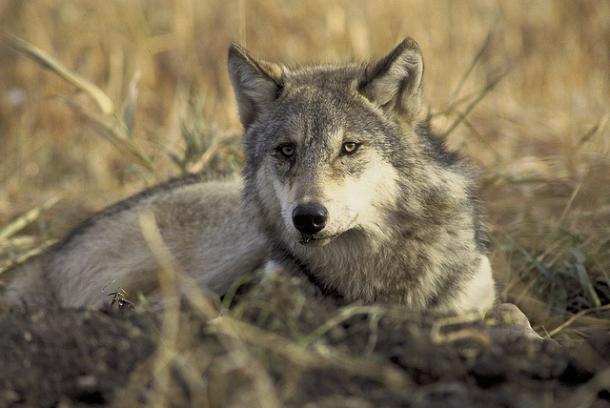 Gray Wolves Return to California After a Century

Wildlife experts and enthusiasts are howling with excitement over the first discovery of a wolf pack in the state in nearly 100 years.

On Thursday, the California Department of Fish and Wildlife released photos of a gray wolf family of five, roaming a trail in remote Siskiyou County. The troop, which has since been dubbed “The Shasta Pack,” includes five pups and two adults, one of whom may be a lone gray wolf that was spotted in the county earlier this spring.

“This news is exciting for California,” said Fish and Wildlife Director Charlton Bonham. “We knew wolves would eventually return home to the state, and it appears now is the time.”

The gray wolf was once native to California, but was pushed to the brink of extinction following an extermination campaign that began in the 1900s. In 2011, a lone gray wolf crossed into the state from Oregon, generating the first sighting in California since 1924. Three years later, the California Fish and Game Commission announced that the animals would be listed under the California Endangered Species Act, as biologists eagerly awaited the animals’ official return to the state.

Gray wolves are still formidable predators, however, and that has left some ranchers and hunters worried about the potential threat to livestock and other prey. Experts hope a proper wolf management plan—currently being developed by wildlife officials—will help assure a harmonious balance between conservation and the needs of humans and other wildlife.