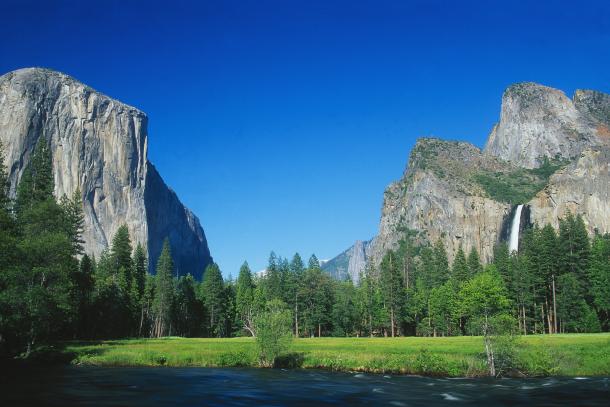 The Governor gathers with some 150 world leaders in Paris for talks on a new climate change pact.

The ambitious goal of the conference is to limit rising global temperatures this century to no more than 2 degrees Celsius above pre-industrial levels.

Brown spoke earlier this week on the “race against dramatic climate change” that humanity has engaged in and that he will “… do whatever [he] can, with whomever [he meets].” He also likened himself to a Johnny Appleseed of sorts, running around planting apple trees and presumably cutting emissions and the like.

Brown’s schedule is jam-packed starting Friday with some 21 appearances over his 6 days in France.

The California Governor’s presence draws a contrast to that of President Obama’s on several levels. The very mention of the word ‘drought’ for one gives a pretty unique context to the Golden State compared to the nation as a whole. Brown and the gang in Sacramento have been able to expand on the goals set by AB 32, which passed under Schwarzenegger. Meanwhile in DC, Senator James Inhofe, leader of the Senate Committee on Environment, is still denying climate change and making life harder for the President.

Brown will close out his week with guest lecture at École Normale Supérieure, an elite graduate school.

More on Brown’s trip to the climate conference can be found here.