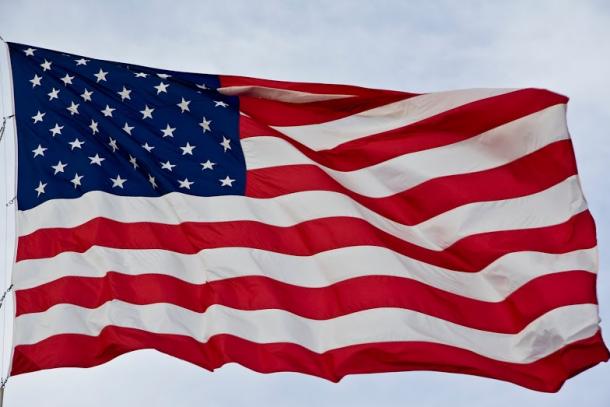 The mass shooting carried out at the Inland Regional Center in San Bernardino Wednesday is now widely believed to have been an act of terrorism. That would make it the worst terror attack on American soil since September 11, 2001.

In addition to the 21 injured, the massacre claimed 14 precious lives—most of them San Bernardino County employees. With a heavy heart, we now present you a list of the fallen:

Robert Adams, 40 – Robert was an environmental health specialist with the county, often tasked with the inspection of pools and food facilities during the construction phase. He is described as a man “who always looked out for others” and could diffuse anyone’s anger with a smile. His lifelong dream was to become a father, and he achieved that goal just 20 months ago with the birth of his beloved daughter, Savannah.

Isaac Amanios, 60 – Isaac, another employee of the county’s Department of Public Health, had emigrated from Eritrea in 2000 to escape violence and repression in his country. He had a wife and three children, and looked forward to seeing each of them graduate from college. Isaac was also the cousin of New York Giants safety Nat Behre of Fontana, California. In a message to Twitter followers, Behre called his cousin “a great human being.”

Benetta Betbadal, 46 – Calling it “the ultimate irony,” Benetta’s family said she came to America to escape Islamic extremism and religious persecution following the 1979 revolution in Iran. Arriving at the age of 18, she obtained a degree in chemistry from Cal Poly Pomona and worked as a health inspector team leader. She leaves behind a husband and three children.

Harry Bowman, 46 – Harry or “Hal” was a statistical analyst for the county and an accomplished expert in special and data mapping. In another twist of irony, Hal is also confirmed to have been one of the earliest contributors to CREATE, a USC center devoted to national security and terrorism studies. He was the father of two girls, his mother said.

Sierra Clayborn, 27 – Sierra was a 2010 graduate of UC Riverside who had just recently joined the county’s team of public health inspectors. Her Facebook profile photo is still overlaid with the colors of the French flag in honor of the victims of last month’s terrorist attack in Paris.

"I am dedicated to enjoying my new life, that God so graciously gave me, so I thank Him… and live life to the fullest,” Sierra recently wrote. “I love my life."

Juan Espinosa, 50 – Juan was born into a large family in Sonora Mexico. He moved to Indio, California when he was in his 20s and worked for the Department of Corrections before becoming an environmental health inspector for the County of San Bernardino. He was a graduate of Cal State San Bernardino and was a tremendous proponent of education, his daughter said. Juan is survived by a wife and two children.

Aurora Godoy, 26 – Aurora, the youngest of Wednesday’s victims, is described as a vibrant woman who had her entire life ahead of her. She married her high school sweetheart in 2012 and the two welcomed a son just two years ago. Aurora had been working as an office assistant in the county’s Department of Public Health since January and was just a few credits shy of completing her associate degree. She had also previously worked for the San Bernardino County Elections Office.

Shannon Johnson, 46 – The Georgia native began working as a public health inspector in 2005—a stark change of pace from his previous job, which entailed driving 18-weelers cross-country. He lived with his girlfriend, Mandy Pifer, a psychotherapist and longtime member of Los Angeles Mayor Eric Garcetti’s crisis response team. Shannon is being hailed as a hero after his 27-year-old colleague, Denise Peraza, said he died shielding her from the attackers’ bullets.

Larry Kaufman, 42 – Larry was a tall and gregarious fellow, his friends and colleagues said. He ran the coffee shop in Building 3 at the Inland Regional Center and trained the developmentally disabled people who worked there. He and his boyfriend of three years, Ryan Reyes, had exchanged multiple text messages and photos the morning of the massacre. His last came at 10:37 a.m., less than a half hour before the killers opened fire.

Damian Meins, 58 – Damian was a 28-year employee of Riverside County who had recently returned to the Department of Environmental Health after a brief retirement. He was a “bright light... extinguished from our world in a most tragic way,” said Juan Perez, director of the Riverside County Transportation and Land Management Agency.

Tin Nguyen, 31 – Tin’s family came to the United States from Vietnam when she was just 8 years old to seek a better life for their children. Tin found that life, and her calling, graduating from Cal State Fullerton with a degree in health sciences. She had worked as a county health inspector for the past four years and was planning to get engaged to her boyfriend soon.

“She had such a big heart,” her cousin Emily said.

Nicholas Thalasinos, 52 – Nicholas has been described by his wife as a “devout believer” and an outspoken critic of radical Islamic ideology, which he believed to be a critical threat facing the world. He had been “born again” into the Christian faith some years ago, she said, and was a staunch defender of Israel. While he and the killer, colleague Syed Farook, are said to have generally gotten along, it has been alleged that the two engaged in a heated debate over religion prior to the attack. Nicholas had worked as an inspector for the environmental division for the past 12 years.

Yvette Velasco, 27 – Yvette Velasco of Fontana is being remembered as an “intelligent, motivated, and beautiful young woman.” She joined the county’s Department of Public Health in 2014 as an environmental health specialist. She leaves behind two parents and three sisters.

Michael Wetzel, 37 – Michael was a devoted husband and father of six who was well-known and loved by all in his quaint Lake Arrowhead community. He led a team of inspectors for the county’s Environmental Health Services Division and coached AYSO soccer on the side.

“He loved work and his family so much,” his wife said in a statement. “Without him, this family will never be the same.”

Read more about the victims of Wednesday’s terrorist attack here and here.