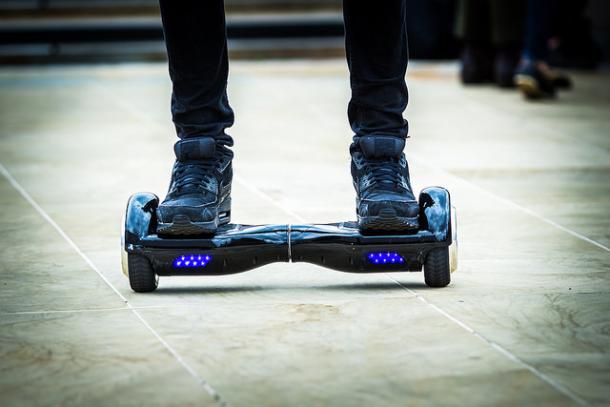 Everything from wages to ‘hoverboards’.

Minimum Wage: New Year’s Day saw employees across the state get bumped up to a $10 minimum wage, tying Massachusetts for the highest in the country. This comes as counties and cities around the state consider plans for higher local wages like Los Angeles County’s $15 wage by 2020.

Hoverboards: Well the ‘hoverboards’ are really just budget Segways that look kinda cool or kinda dorky depending on who you ask, but the motorized boards have been categorized under the same rules as bicycles. Recent stories about safety defects (read: boards catching fire) probably means Sacramento will have more hoverboard stuff to deal with sometime soon.

SB277: The controversial bill removed a provision that permitted personal belief exemptions when it came to getting your child vaccinated, no more, vaccines are now mandatory.

Warrants to Search Phones: Not that police were ever going to guess your pin number anyways, but they also now need a warrant to rifle through your texts, emails, or GPS data if they want it as part of an investigation.

On the Back Burner, Assisted Suicide: While it isn’t law yet, assisted suicide could be an option for terminally ill patients as soon as the spring time. Governor Brown signed the bill which is part of a special legislative session on healthcare that hasn’t adjourned yet. Once the session’s adjourned, the bill will take 90 days to pass into law.