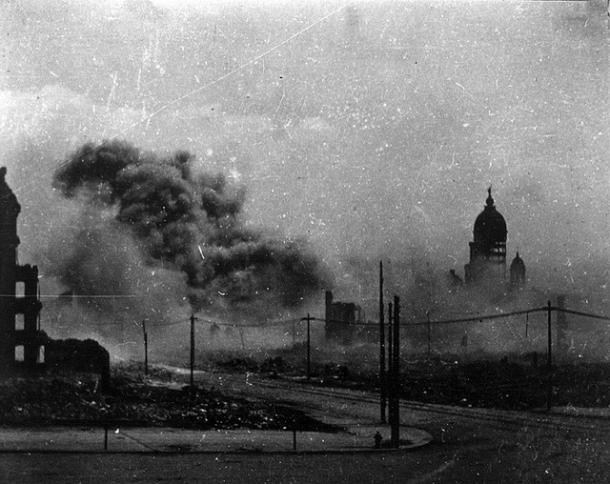 He survived one of the most devastating earthquakes in U.S. history but, on Monday, William “Bill” Del Monte finally passed away at a retirement home in Marin County, California. He was just 11 days shy of his 110th birthday.

Del Monte was the last remaining survivor of that fateful day in San Francisco in 1906. He was only 3 months old at the time. The last living survivor, Ruth Newman, passed away last summer at the age of 113.

Del Monte knew many ups and downs throughout his long life. His father’s restaurant was destroyed by the fire that followed the quake in 1906, but the family soon rebuilt and forged ahead in the eatery business. After high school, Del Monte began investing in stocks and became a millionaire by the age of 23. Then came the crash of 1929; Del Monte lost nearly everything and was once again forced to begin anew. He later married the love of his life, Vera, who preceded him in death.

Del Monte offered some life wisdom in a 2011 video tribute:

“Live and enjoy it. You’re on this earth for just so long. Enjoy it while you can. I was lucky I was able to live it and I did.”

Read more about the life and passing of William “Bill” Del Monte here.