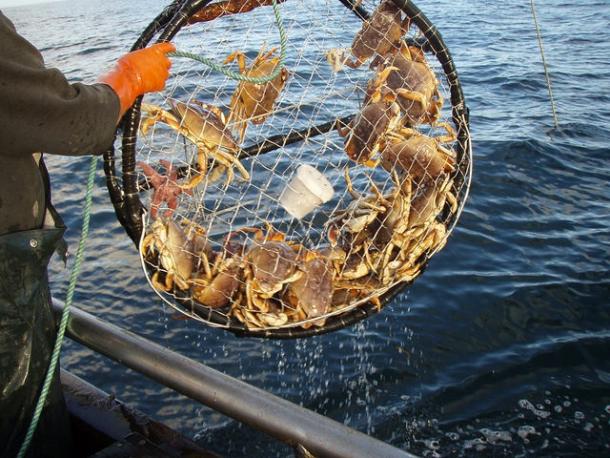 The hopes of Northern California fisherman were dashed last Wednesday when the California Department of Fish and Wildlife decided to keep the commercial Dungeness crab season closed until further notice. The potential threat posed by the deadly toxin, domoic acid, is still too great to warrant reopening of the season, the state determined. That conclusion was reached following recommendations from a California Dungeness Crab Task Force, as well as the Pacific Coast Federation of Fishermen’s Associations.

Last week’s decision was a devastating one for the state’s crab and restaurant industries, which have been reeling since the initial closure three months ago. Gov. Jerry Brown and state legislators have already turned to the federal government in the hopes of securing emergency assistance.

“Like many decisions I have had to make regarding this closure, I do not make it lightly and only after extensive input and thought,” Fish and Wildlife Director Charlton Bonham said in a statement. “I understand that there are people suffering economic losses from this closure. However, the majority of the commercial fleet tells me they want a statewide opener or could live with an opener that adheres to traditional management areas, which would provide the utmost protection against someone falling ill from domoic acid poisoning.”

The state’s Dungeness crabs began showing signs of contamination last year following a massive toxic algae bloom in the Pacific. The tests deeply worried scientists and state officials because domoic acid can cause a number of problems when ingested ranging from memory loss to seizures.

Read more about the latest decision by the California Department of Fish and Wildlife and its impact here.