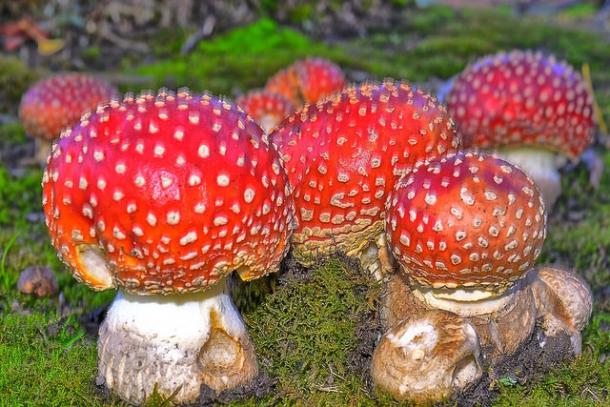 Marin’s Wiley Coyotes May Be Tripping on Magic Mushrooms

A string of strange behaviors recently exhibited by coyotes in Marin County, California has led some experts to reach a startling but bone-tickling conclusion: The canines, who have been staring down passers-by and bum rushing cars as of late, may actually be stoned off their gourds.

Evidently, the animals are suspected of grazing on fly agaric “magic” mushrooms, which grow plentifully in and around the Bolinas area. Side effects of ingestion generally include visual and auditory hallucinations, euphoria and an over-analyzation of Pink Floyd lyrics.

“It’s a terrifying, yet beautiful thing to behold” said one resident who witnessed the coyotes, presumably mid-trip, alongside the road. Other residents worried that an outbreak of rabies might be to be blame, but the Marin Humane Society has basically discounted that theory.

The organization is still looking into it and has not ruled out other causes like human intervention. No matter how many times experts warn the public not to feed wild animals like coyotes, someone always does, and that could also have significant impacts on coyote behavior, experts say.