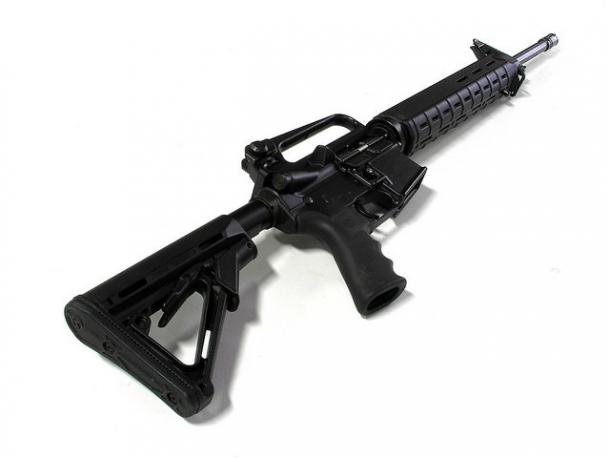 The Orange County Sheriff’s Department sure seems to be misplacing a lot of stuff lately. Last week, it was the three escaped inmates. Now, department officials asking for the public’s help in locating a missing AR-15 rifle that belongs to one of its deputies.

The powerful weapon has been AWOL since last Tuesday when the deputy placed it on the trunk of his vehicle, got distracted, and accidentally drove off. The deputy didn’t realize the weapon was missing until the following day. He then attempted to retrieve it immediately, but to no avail.

"Numerous resources including reserve deputies, bloodhounds and investigative personnel immediately began a search of the area in and around the station as well as retracing the streets he drove on," the sheriff's department said in a press release. Still, no gun.

The weapon is described as a black, semiautomatic, .223-caliber Colt AR-15. It was encased in a black nylon rifle bag with three loaded magazines and bears the serial number is A0091856. Anyone with information is being asked to call the Orange County Sheriff's Department at (714) 647-7000 or submit an anonymous tip to Crime Stoppers at 855-TIP-OCCS (885-847-6227).