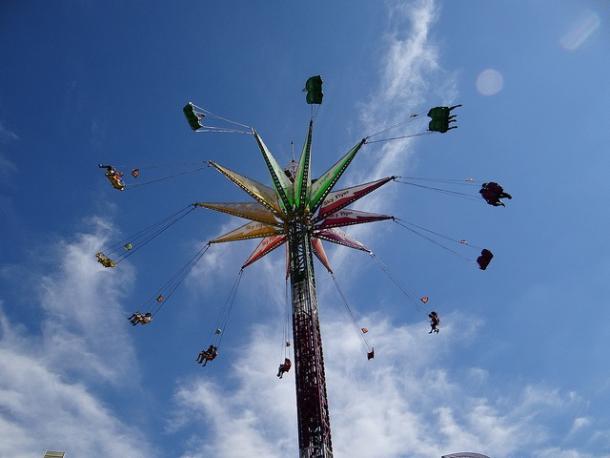 The head of the Los Angeles County Fair Association has resigned after two decades of leadership, saying his role at the floundering organization has become a "distraction" to its work and mission. James Henwood Jr.'s abrupt departure comes amid intense scrutiny of the organization's finances and Henwood's compensation in particular, which totaled more than $1 million in 2014.

The association has been in the red for several years and reported a loss of $3.44 million in 2014. But that didn't prevent Henwood or his top managers from receiving lofty pay increases that raised the eyebrows of many. A subsequent investigative report by the Los Angeles Times prompted L.A. County Supervisor Michael Antonovich to request an audit of the organization. The review could take up to two more months to complete, he said. A state audit, meanwhile, is also underway.

Henwood has been replaced on an interim basis by Cal Poly Pomona President J. Michael Ortiz, who currently chairs the organization's board of directors. On Friday, Ortiz acknowledged that the organization's high salaries had caused "a lot of heartburn," but seemed to defend his predecessor's compensation package, noting the steep challenges he faced during his tenure.

Some public officials have already expressed dissatisfaction with the replacement. Assemblyman Freddie Rodriguez (D-Pomona) called on the association to bring in an outsider, while U.S. Rep. Norma Torres (D-Pomona) said Ortiz's selection made her question the organization's willingness and ability to accept real change.