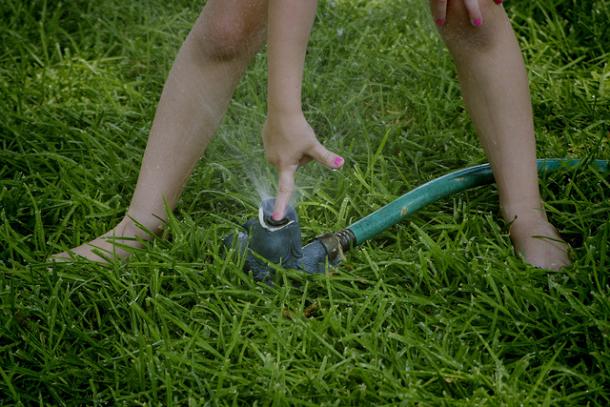 State regulators have suspended a mandatory statewide 25 percent water conservation mandate, opting to return conservation targets to local water districts once again. The new rules, which represent a stark change in California’s drought policy, were approved in a 4-0 vote by the State Water Resources Control Board Wednesday following a wetter winter and spring across much of the state.

“Drought conditions are far from over but have improved enough that we can step back from our unprecedented top-down target setting,” said State Water Resources Control Board Chair Felicia Marcus. Under the new regulations, local water districts will set their own savings standards based on projected water supplies which can vary drastically from region to region.

Not everyone is pleased with the regulators’ decision to ease the restrictions though. While this year’s El Niño brought record rainfall to some parts of the state, particularly in Northern California, it left much of the Southland virtually untouched. And with swaths of California still mired in one of the worst droughts in history, some experts worry that the state could eventually come to regret its decision.

“I do understand the need for flexibility,” said Pacific Institute President Peter Gleick. “The problem with too much flexibility is … it risks reopening regional conflicts. It risks the people still working hard to conserve water looking at their neighbors who aren’t conserving water and thinking, ‘What’s going on here?’”

The new rules affect urban water use but will not apply to agriculture. They take effect June 1 and will be reviewed again by the board in January.