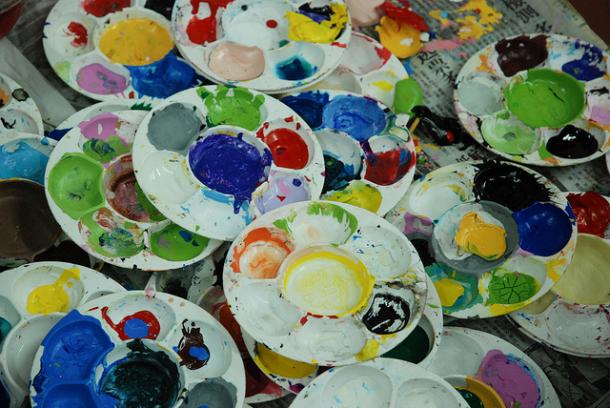 The Bay Area may dominate when it comes to California's lucrative tech industry, but the counties of Los Angeles and Orange are still number one for professionals who march to the beat of their own drum. New research from Chapman University’s Marshall Toplansky and Nate Kaspi show "creative industries" thriving in the Southland, with the counties of Los Angeles and Orange boasting some of the highest per capita employment in these fields in the U.S.

The "creative industries" include film and television, but also fashion, food, games and theme park engineering. According to figures from the Economic Development Corp, they employ more than 418,000 people in L.A. And Orange. That's five times the number of people employed by San Francisco's creative sector. Even New York, the heart of fashion and Broadway, plays second fiddle when it comes to creative jobs.

The importance of the Southland's creative industries cannot be overstated. These sectors have managed to weather recent economic storms and contributed significantly to the economic rebound following the 2008 recession. You can also forget the myth that says the pay is dirt. Of the 80 creative occupations, 63 have higher wages than the statewide average of $38,920, so they remain vital to a robust middle class.

Efforts to retain these jobs becomes even more important in light of the data. California's expanded film and tax credits have helped stem the entertainment exodus, sure. But some experts fear the creative industries could still suffer if sectors like food and fashion flee for neighboring states with a lower regulatory burden.