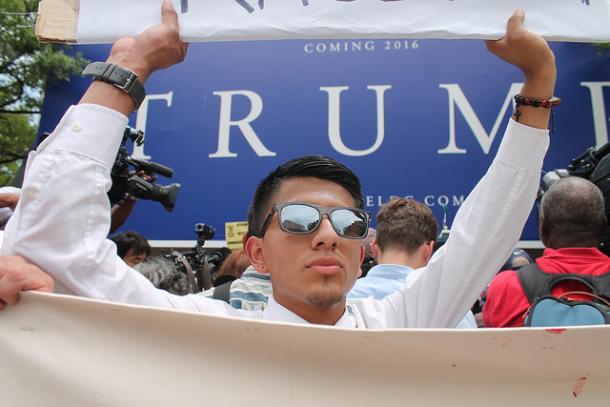 Santa Clara County District Attorney Jeff Rosen said Friday that his office will be conducting a full investigation into violent protests that broke out at a Donald Trump rally in San Jose last week.

Thursday's demonstration was among the worst of California’s so far and could be a harbinger of things to come. Footage from outside the rally showed anti-Trump protestors throwing punches, chasing attendees down and pelting them with eggs and bottles. Four people have been arrested so far, but authorities made a conscious decision to limit arrests.

"While several physical assaults did occur, the police personnel on scene had the difficult task of weighing the need to immediately apprehend the suspect(s) against the possibility that police action involving the use of physical force under the circumstances would further insight the crowd and produce more violent behavior," said Officer Albert Morales.

Both the mayor and the police department have been criticized for a perceived lack of police presence and response. But comments by the mayor suggesting that Trump was at least partially to blame for the unrest also ruffled a few feathers.

Donald Trump is expected to win handily in Tuesday's Republican primary. He has already reached the 1,237 delegates necessary to clinch the nomination outright.