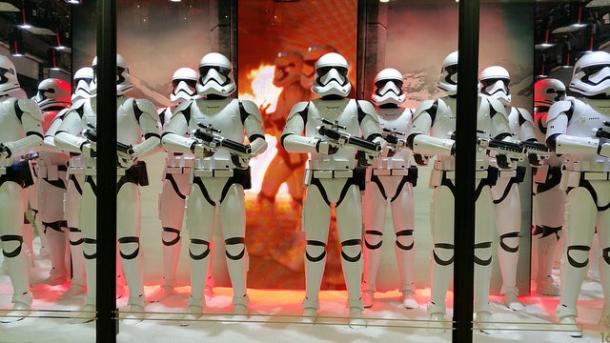 Star Wars Museum Coming to California After All

Filmmaker George Lucas is considering California for the site of the much-anticipated Star Wars museum once again after plans to build the center in Chicago fell through.

"Fell through" might actually be an understatement. The project was more like crushed under the weight of a lawsuit brought by an open parks advocacy group called Friends of the Parks. By offering the lakefront property to Lucas, they argued that the city had overstepped its authority and violated the public trust doctrine which protects sovereign lands for the enjoyment of the public. A judge allowed the suit to move forward, which meant any construction would be halted pending its conclusion.

Friends of the Parks later tried to make a deal. But, by this time, it was too little, too late. By April, Lucas was shopping around in California once again. Needless to say, Chicago Mayor Rahm Emmanuel's is not too happy with the group thse days.

Word is Lucas may now be eyeing Treasure Island in San Francisco or the University of Southern California for the $700 million project. After everything that has happened in Chicago, he's expected to choose the site where he can first break ground.

Read more about the possible plans for the project here.