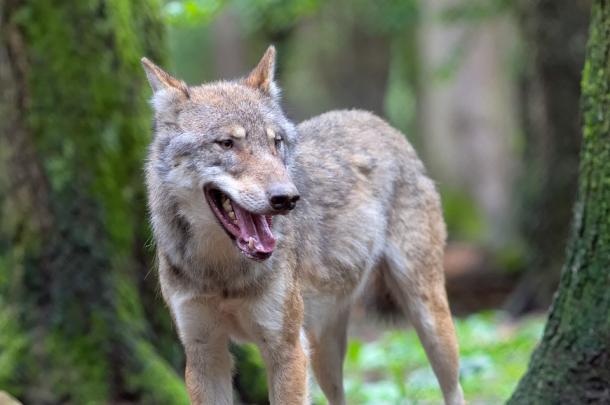 California Experts: Wolves Are Here to Stay, So Get Used to It

As County News reported back in 2015, grey wolves have made a comeback in California. In August of that year, scientists released photos of a gray wolf family roaming a trail in remote Siskiyou County. It was the first such sighting in nearly 100 years.

Ecologists and wildlife enthusiasts have expressed excitement over the grey wolf’s return. But for the hunters and ranchers of Siskiyou County, its presence has become a source of anxiety.

“Whatever people think, it looks like California is going to have wolves,” Kent Laudon, senior environmental science specialist with the California Department of Fish and Wildlife, told the Board. “The question is, ‘What happens next?’”

In the past six years, at least 11 wolves have come through the state. According to Laudon, four of them had babies, which gave way to two new groups known as the Shasta and Lassen packs.

Laudon said one of the wolves has traveled as far south as Interstate 80. The tracker on another wolf they were monitoring has since failed.

It’s futile to debate whether or not the wolves are a ‘good thing,’ said Laudon, because they’re here to stay. Instead, he urged the region to familiarize itself with the ins and outs of conservation and management, wolf reporting, and discouraging wolf presence -- all of which is available at www.wildlife.ca.gov/conservation/mammals/gray-wolf.

Supervisor Michael Kobseff asked CDFW biologist Pete Figura whether the wolf could soon be removed from the Endangered Species Act. He said that was a possibility.