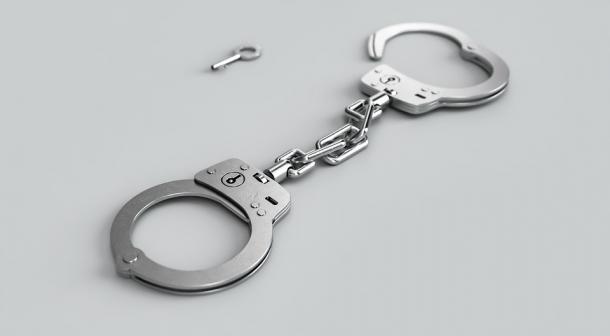 California’s sanctuary state law experienced a setback in the courts last week but, for now, Senate Bill 54 remains the law of the land. Now, some immigration advocates and attorneys are accusing one of the state’s largest sheriff’s departments of using loopholes to actively thwart the legislation, which limits law enforcement’s cooperation with federal immigration authorities.

As an example of such a loophole, some have pointed to the recent case of Ramiro Gonzalez Alvarez, a 32-year-old undocumented immigrant from Mexico who served two months in Fresno County Jail for his third misdemeanor DUI.

After serving his sentence, Alvarez was due to be released from jail. He was being processed in an area of the jail called the “release vestibule,” a small room with a locked door on each end. As he was getting his wallet from correctional officers, two federal Immigration and Customs Enforcement agents were buzzed inside the secured room to detain him, according to Alvarez.

Only correctional officers are able to buzz open the doors, and a sign on the door closest to the public lobby reads, “Entering secured area.”

“(The ICE agents) went inside to wait for me,” Alvarez said in Spanish during a recent phone interview from Jalisco, Mexico.

The agents took Alvarez into custody, and shortly afterward he was forced to sign a self deportation order, he said.

Despite Alvarez’s undocumented status, some attorneys say his criminal history wouldn’t qualify under the sanctuary law to allow the Sheriff’s Office to turn him over to ICE.

Carter Sears with the Fresno County Public Defender’s Office and Aida S. Macedo who co-chairs the immigration subcommittee with the Central Valley National Lawyers Guild have both criticized the Alvarez case, calling it a violation of the spirit of SB 54. By allowing ICE agents to enter the release vestibule to arrest an immigrant, Fresno “blurs the distinction” between jail release and ICE transfer, Sears said.

The sheriff’s department is defending its practice.

Lt. Russell Duran, who oversees the jail operations bureau for the Sheriff’s Office, maintains the vestibule is not a secured area, but rather a public area. “Our stand is that we do not provide a locked, secured area for them (ICE) to effect arrests,” he said.

Furthermore, Duran said he had no record of ICE detaining Alvarez in the vestibule.

[Sheriff Margaret] Mims, after looking into the case, said Alvarez was not transferred to ICE. Mims says he was released and when the door to the lobby was opened, ICE agents took him into custody. “The door opening to the lobby was never secured with ICE and Mr. Alvarez inside,” she said.

She said “most people are taken into custody in the public area beyond the release door” between a metal detector and an elevator door, “which is a public area.”

In addition to the questions over transfer loopholes, some have accused the sheriff’s department of allowing local resources to be used for immigration enforcement in violation of SB 54 by allowing ICE agents to use restricted areas at the Fresno County Superior Court on at least two occasions.

Two paralegals with the Public Defender’s Office witnessed an arrest at the courthouse in late August. They believe ICE agents were taking the individual through the courthouse basement, which is a non-public area.

“There is a ramp going down, I’m assuming they were going to the garage,” said paralegal Rachel Gonzalez. “I did see them walking down the ramp.”

Sheriff Mims countered that ICE has a right to park in the sheriff’s garage, despite a previous statement that they were restricted only to public areas.

State Senator Kevin de León, who authored SB 54, has caught wind of the accusations in Fresno and made his displeasure known.

“If that in fact is happening, that is a very clear attempt to undermine the law” and the sheriff’s department could find itself in contempt of court, he said.

Sheriff Mims once again denied any wrongdoing, saying she would never “knowingly violate any law.”

To help clear up any confusion, California Attorney General Xavier Becerra’s office released a document Friday that “advises the proper role of staff at public facilities if any agency, official, or officer, whether local or federal, seeks to engage in immigration enforcement.”

“We are giving them a sense of how to do it right and then it’s up for them to make sure they implement it right," Becerra said.