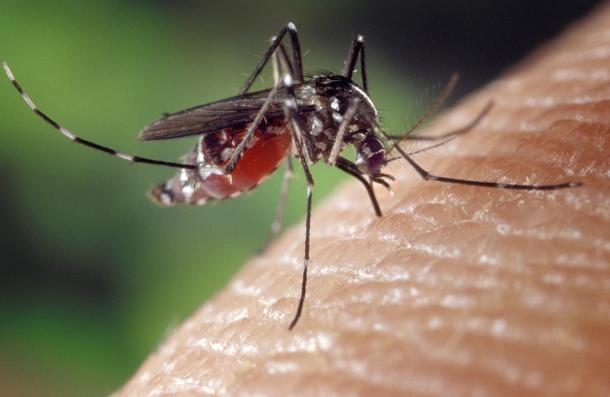 Are Mosquitos Driving You Crazy This Year? It’s Not in Your Head.

All summer, people in and around Southern California were complaining about the severity of this year’s mosquito season. And they’re not wrong, experts say. A new species has invaded the southland. They’re more aggressive, they tend to hit the legs and ankles, and they’re more likely to bite during the day.

If you’ve been chewed up recently, you’re probably a victim of the Aedes, a distinctive genus of mosquito known for its smaller stature and telltale black and white markings. Unlike regular mosquitos, peak biting times are during the early morning and daytime. They can also breed indoors.

The recent Golden State arrivals are so far spreading human misery mainly in the form of itchy, painful bites across Los Angeles and Orange counties and even into San Bernardino, Riverside and San Diego counties.

“We are getting absolutely overwhelmed with calls,” said Kelly Middleton, director of Community Affairs for the Greater Los Angeles Vector Control District. “They’ve continued to spread out.

“We typically find communities where the first-year levels are kind of low and some people report a problem. By the second or third year, a lot of people are dealing with these mosquitoes.”

In time, the mosquitoes could possibly wind up spreading some very nasty diseases.

The Aedes are also potential carriers of a number of serious diseases including Zika, dengue, chikungunya, and yellow fever. Fortunately, no outbreaks have occurred this year. However, on Monday, health officials announced that a San Fernando Valley resident had contracted St. Louis encephalitis from a mosquito in August. This is L.A. County’s first confirmed case of the mosquito-borne illness in 21 years.

With fall’s arrival, we could see the Aedes bug off for a while. But according to MosquitoMagnet.com, California’s biting season peaks again in early March and February.

Find out how you can protect yourself from the invasive Aedes here.