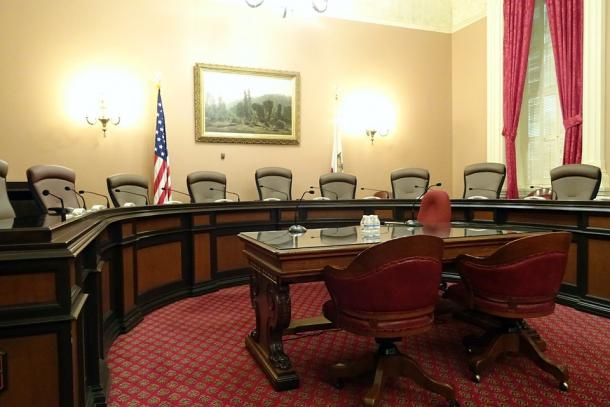 Sen. Scott Weiner’s (D – San Francisco) SB 50 has been the subject of a rare non-partisan battle that has seen Democrats clash on issues of local control, affordable housing, and gentrification. As California City News reported last week, the Los Angeles City Council and San Francisco Board of Supervisors have already adopted resolutions opposing the legislation. A Los Angeles based non-profit, the AIDS Healthcare Foundation, also made headlines last week after they sent out a controversial mailer which compared SB 50 to urban renewal policies of the 1960’s.

The mailer featured the likeness of James Baldwin along with a quote: “San Francisco is engaging … in something called urban renewal, which means moving the Negroes out. It means Negro removal…”

The comparison drew condemnation from many Bay Area leaders including, San Francisco Mayor London Breed who tweeted “[SB 50] has nothing to do with urban renewal & suggesting it does is deeply offensive to communities like mine that are still living with the consequences.” Oakland Mayor Libby Schaaf retweeted Mayor Breed in support.

Opposition has also come from other Democrats in the State Legislature. Sen. Mike McGuire (D – Santa Rosa) has been an opponent of the legislation since last year’s SB 827 and even introduced his own competing bill, SB 4, as a less sweeping proposal to encourage housing development with better protections for smaller communities.

When the Senate Governance and Finance Committee, chaired by McGuire, met last Wednesday both SB 50 and SB 4 were expected to be debated and voted on. However, rather than a fight breaking out between the two bills’ authors, compromise won out the day.

Sen. McGuire withdrew SB 4 after he and Sen. Weiner revealed an amended SB 50 which includes some of the sentiments of SB 4. One main concession is the delineation between large and small counties and how population would affect development size limits. SB 50 now has two sets of provisions: one for counties with over 600,000 residents and one for counties with under 600,000 residents.

There has been relatively no change to the provisions for large counties, of which there are 15 throughout the state. They would be required to allow up to four story building within ¼ mile of rail or ferry and three story building within ½ mile with no required parking provision. They would also be required to remove density limits if the zone is in a “job-rich” area or along a bus corridor with ten minute headways, with .5 parking spaces required per unit.

Counties with less than 600,000 residents, which includes notable anti-development areas such as Marin and Santa Barbara Counties, would not be subject to the same height increases near transit, but would only be required to waive density requirements within ½ mile of rail lines. The new minimum density would be 30 units per acre in urban jurisdictions and 20 units per acre in suburban jurisdictions and raise height maximums by one story.

The bill would also end single family home zoning throughout the state. While no demolition of existing houses are permitted existing houses can be subdivided with small additions to create new duplex, triplex and even fourplex houses.

None of these provisions will apply to sites that are in very high fire hazard zones or in coastal zones in cities with less than 50,000 residents.

SB 50 passed the committee on a 6 – 1 vote, moving it farther than its predecessor had, with Sen. Bob Hertzberg (D – San Fernando) casting the lone dissenting vote. Sen. Hertzberg’s vote may not be surprising considering he represents one of the largest swaths of single family neighborhoods in high population jurisdictions.

While Sen. Weiner is shoring up support in the legislature, opposition is still coming from cities which would be affected by this bill. David Reyes, a Pasadena city planner, said during his testimony at the committee meeting following the amendment announcement that lawsuits should be expected to block the bill if it becomes law.