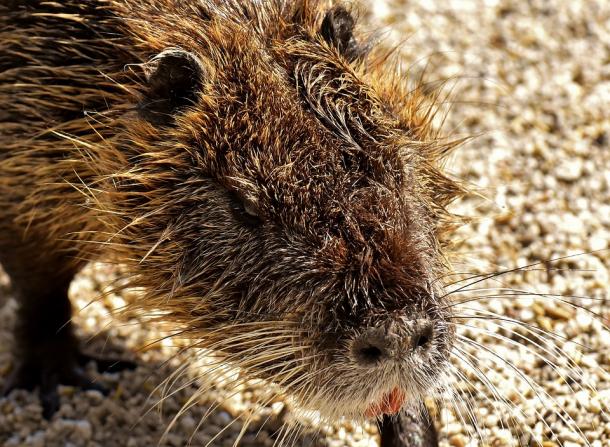 Last year, we reported on a 20-pound semiaquatic rodent known as nutria that was wreaking havoc on California’s Central Valley. As County News noted, wildlife officials have been asking for the public’s help in getting a handle on the creature, which can destroy flood control systems and other critical infrastructure.

One year later, it seems the efforts are paying off.

"More than 400 nutria have been captured in the first year of an effort to eradicate the invasive South American rodent from California," the Associated Press reports. "The state Department of Fish and Wildlife said Monday the semi-aquatic rodents were trapped in five counties in the San Joaquin Valley."

The trappings were made possible by tips from residents – and sweet potatoes donated as bait by local farmers.

Nutria were introduced to the United States from South America in 1899 because of their fur but, by 1978, they had largely disappeared. Scientists say a new colony has been repopulating the Golden State.

One nutria can produce up to 200 babies in a single year. They have been discovered in the counties of Fresno, Mariposa, Merced, San Joaquin, and Stanislaus.