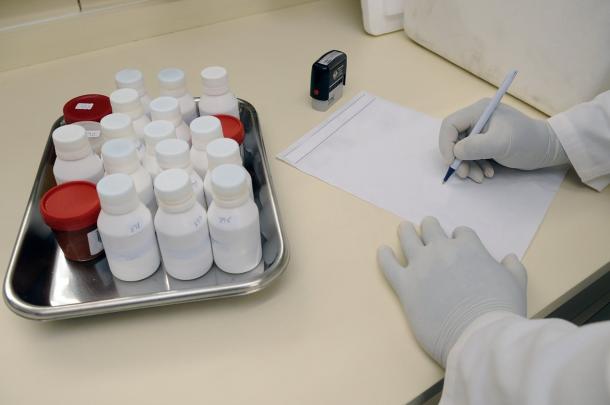 These California Counties Are Among the Most At Risk for Measles

Thanks to a large number of international travelers, Los Angeles is among the most at-risk counties for measles in the nation, according to a new study published in the Lancet.

The study looked at the resurgence of U.S. measles cases and concluded that a drop in vaccination rates as well as international travel are to blame.

A map of the top 25 counties predicted to be at the highest risk of measles in 2019 shows a link between measles outbreaks at major travel hubs. Cook County, Illinois — home to Chicago O'Hare Airport — topped the list of at-risk locales. L.A. wasn't far behind. San Mateo and San Diego were also on the list. These counties “should be targeted for enhanced surveillance and enhanced vaccination efforts,” the researchers conclude.

"There is so much measles in the world right now. There are very, very large outbreaks abroad that we expect to continue to have importations of measles over the next few months," Dr. Sharon Balter, the director of communicable disease of the Los Angeles County Department of Public Health, told ABC 7 News. "We don't know how long. It will depend on how much measles stays in the world." For that reason, it is more important than ever that travelers make sure they are fully immunized before stepping on a plane.

Seven people with measles have come through LAX or the Long Beach Airport so far this year and three cases in L.A. County were contracted overseas. According to the Lancet, the countries of greatest concern are India, China, Mexico, Japan, Ukraine, Philippines, and Thailand.