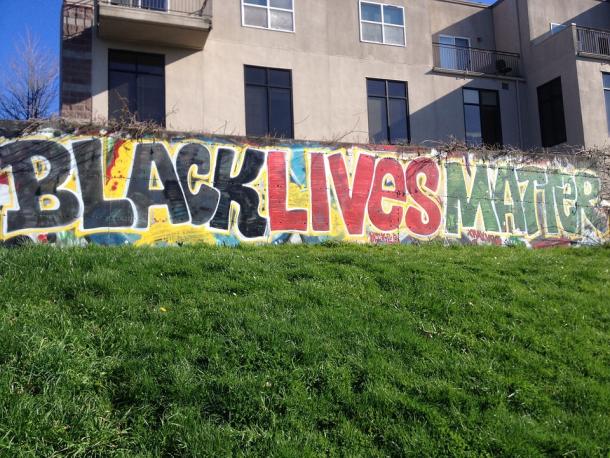 A church was removed as a polling location because of its Black Lives Matter signs. Now the ACLU is suing Fresno County.

The ACLU Foundation of Northern California is suing Fresno County on behalf of a unitarian church that says it was removed as a polling location because of its Black Lives Matter signs.

The free speech lawsuit was filed on June 10, the Fresno Bee reports, and names County Registrar of Voters Brandi Orth.

“The records show that she took this illegal, retaliatory action based on one person’s racist complaints,” said Mollie Lee, a senior attorney with the ACLU Foundation of Northern California. “Local registrars are at the front lines of democracy and have a critical responsibility in conducting elections fairly. It is important for them to fulfill that responsibility in a way that is not influenced by implicit or explicit bias.”

Legally, campaign and candidate materials must be kept 100 feet or more from a polling location. The Black Lives Matter banners, the suit claims, were 200-225 feet away. In any event, the ACLU maintains they do not constitute campaign or candidate materials.

On June 11, the county issued a statement defending Orth’s decision.

“While the County respects the church’s right to free speech, particularly concerning such a delicate matter as racial justice in our country, when the church refused any accommodation to the voters who were concerned with the perceived political nature of the sign, the County Clerk/Registrar of Voters determined that another polling place for the precinct would be in the overall best interests of the electorate,” the statement reads.

“The decision was not made based on the specific content of the church’s sign but due to the politically charged nature of the sign, its effect on potential voters and the Plaintiff’s refusal to cover or remove the sign for a single election day.”