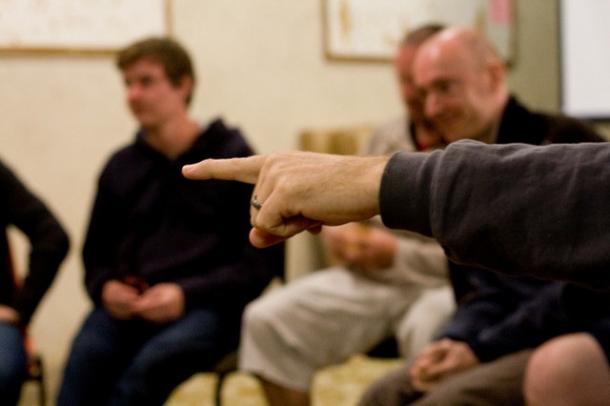 The Los Angeles County Sheriff's Civilian Oversight Committee was set to discuss a number of issues last week, ranging from department discipline to misconduct allegations out of the LASD’s East Los Angeles station. But before commissioners could even get around to that, the meeting was canceled thanks to clashes between social justice groups and Trump-supporting attendees.

There were about 110 people at the meeting, with more than 20 people eager to speak, according to KCET. Commission Chair Patti Giggans said speaking time would have to be reduced from three minutes to two to accommodate them all.

The meeting began, as it always does, with the public comment period. For about an hour and a half, commissioners heard from concerned citizens, primarily about the recent shooting deaths of two men. Then, a speaker took to the podium to criticize Sheriff Alex Villanueva’s policy of refusing to assist ICE officials in county jails.

“He is allowing undocumented criminals to come out on our streets after they are done with their crimes, serving their time," Greg Allan said, as quoted by KCET. "He should deport them. Why are you allowing them to come onto our streets and causing more grief to America's families?”

When Allan requested his full two minutes, anger ensued. Other speakers were afraid they wouldn’t have enough time to discuss what they saw as the more pressing issue of police use of force. Giggans suspended the meeting to allow for calm, but attendees — including Black Lives Matter protesters and people holding Trump signs — continued to clash, forcing sheriff’s deputies to call in members of the LAPD. There were no arrests, but officials decided to end the meeting before things went any further.

“During public comment, the audience became disruptive, fighting amongst each other,” Commission spokeswoman Jennifer Osborn said in a statement. “There was lots of shoving and yelling and they ended up having to clear the room... At the suggestion of LASD, in an effort to preserve public safety, they advised we not reconvene the meeting.”

That is the first time that has ever happened in the Commission’s three-year history, she added.

The items that were on the agenda have been rescheduled for discussion at the next meeting on July 23.