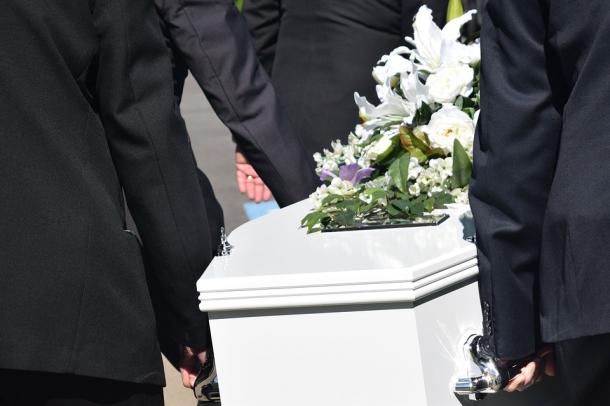 A funeral was held Monday in downtown Los Angeles for slain Los Angeles County sheriff’s deputy Joseph Solano. The officer was shot and killed while off duty at an Alhambra Jack in the Box on June 10 in what appears to have been a random attack.

30-year-old Rhett McKenzie Nelson of Salt Lake City, Utah was arrested in Long Beach the day after the shooting. Police say he killed another man about an hour before shooting Solano. There is no indication he knew Solano was a member of law enforcement.

"My father had so much life ahead of him,'' Solano’s son Matthew said at the service. “And for it to be taken away in the blink of an eye is unjustifiably heartbreaking. I say this to you dad, with no fear in my eye -- that I will serve you justice. And I will look death right in the eyes for you, and I will fight. Long live my father, Deputy Joseph Gilbert Solano. He was a good man, he was a great father, and he was a beautiful soul. May he rest in peace, and forever be with Grandpa Joe.''

County Sheriff Alex Villanueva extended his condolences to Solano’s family at the funeral.

Monday’s service was held at the Cathedral of Our Lady of Angels at 555 W. Temple. A private burial took place at Calvary Cemetery in East Los Angeles.

The Association of Los Angeles Deputy Sheriffs is collecting donations for Solano’s family. They can be made out to the ALADS CARES program at 2 Cupania Circle, Monterey Park, CA, 91755.