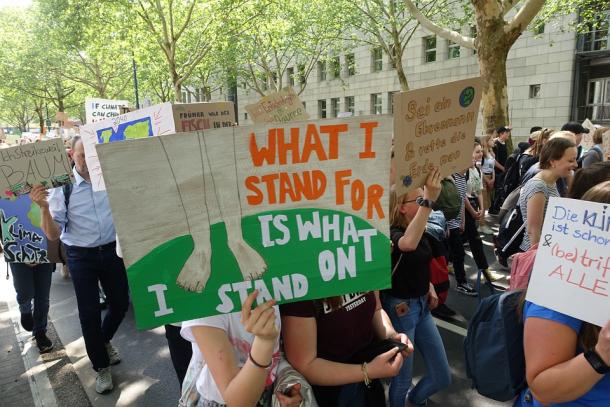 Governor Gavin Newsom signed an executive order Friday aimed at shifting CalPERS, CalSTRS, and the UC Retirement portfolio investments away from fossil fuels and into the green energy sector.

“Our state is proof that you can reach some of the strongest climate goals in the world while also achieving record economic growth,” Newsom said in a written statement. “How we meet this moment will define our state – and country – for decades to come, just as the emergence of the internet defined our economy over the past few decades. We have to get ahead of this and align our state investments, our purchasing power and our transportation and housing policies to be ready to meet this moment head-on.”

Newsom’s EO was signed amid worldwide protests demanding action on climate change. It instructs the California Department of Finance to create a new Climate Investment Framework to leverage the pension funds to invest in carbon-neutral technologies.

“Newsom’s order does not instruct the $380 billion California Public Employees’ Retirement System or the $237 billion California State Teachers’ Retirement System to pull money out of oil and gas,” the Sacramento Bee reports. “Rather, the order directs the public pension funds to work with the Newsom administration on an investment framework that would ‘provide a timeline and criteria to shift investments to companies and industry sectors that have greater growth potential based on their focus of adapting to and mitigating the impacts of climate change, including investments in carbon-neutral, carbon-negative and clean energy technologies.’”

The move is still highly controversial. California’s pension funds are already underfunded. The’ve taken hits from divestments in other politically problematic or sensitive industries such as tobacco, firearms, coal, and private corrections.

“Divesting appears to almost invariably harm investment performance,” CalPERS acknowledges. And retirement groups have been very outspoken on their opposition to any divestment from fossil fuels.

Given the urgency of the global climate crisis and the promise of many green technologies, officials like State Treasurer Fiona Ma don’t see it that way. Ma, who serves on the CalSTRS Retirement Board and the CalPERS Board of Administration, recently called for the pension fund to shift $6 billion in investments out of oil and gas.

“CalSTRS shares the governor’s sense of urgency and welcomes the opportunity to work together with the state and other partners to address climate change. We recognize the material and existential risks climate change poses to society, the economy and our investment portfolio.”