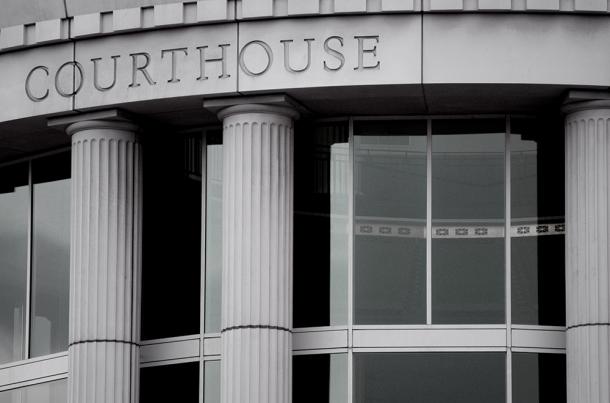 Monterey County Supervisor Luis Alejo announced the start of an investigation Friday after a man was apprehended by federal immigration authorities on his way into court.

From the Monterey County Weekly:

According to Court Administrative Officer Chris Ruhl, two agents with U.S. Immigration and Customs Enforcement entered the courthouse at 7:45am Friday and sat outside Department 7, the courtroom of Judge Robert Burlison, on the building's first floor. A few minutes later, a man entering the courthouse was stopped by three ICE agents as he approached the security screening station.

"It was apparently inside the courthouse, but I'm trying to get the security footage to confirm that, or whether they stopped him before he came inside," Ruhl says.

The ICE agents took the unidentified man into custody. Ruhl says witnesses report no excessive force was used and the man complied.

“When ICE makes an arrest at or near a courthouse, we are concerned about the impacts it has on access to justice and the impacts it has on people coming to court because of this possibility. Based on what we understand the law to be, there does not appear to be anything we can do about arrests made outside the courthouse. It's not crystal clear about arrests made inside the building but not in a courtroom. We don't even know if we can prevent them from making arrests in the hallways."

Supervisor Luis Alejo says these type of arrests are not new. He recalls ICE agents apprehending immigrants at the courthouse at least twice before. It's a practice he disagrees with.

“Having these arrests take place as people are coming to a courthouse, it creates fear in the community and it's going to dissuade people from coming if ICE is using the court system as an easy way to make arrests," Alejo complained. "And after talking to court security, this is not the first time it's happened. It's becoming a pattern.”