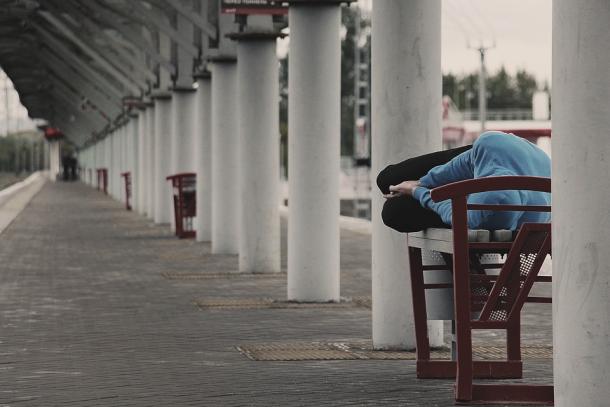 Report: Nearly Half of the Nation’s Homeless Live in California. Here’s What the White House Says It’s Prepared To Do.

A new White House report has found that 47% of the nation’s homeless live in the state of California, with four of the five worst cities in the Golden State. According to the White House Council of Economic Advisers, the crisis is most pronounced in San Francisco, Los Angeles, Santa Rosa, San Jose, and Seattle.

Housing and Urban Development Secretary Ben Carson was on Fox News Monday to discuss the issue.

"The president is extremely concerned about this because of the epidemic that could occur and so we're looking at both short term and long term," Carson told host Harris Faulkner. Political observers say that’s because there’s a political advantage in slamming a Democratic state like California over such a glaring crisis. But Carson insists the administration is coming from a place of “compassion.”

“But as a compassionate society, it is something that we have to do. Something about we can't just talk about it. Should it be the responsibility of the federal government? No," Carson said.

And yet, the administration is prepared to get directly involved. Carson said the administration is looking at housing homeless people in public buildings nearby and supporting wraparound services. It’s also going after cities like San Francisco for EPA violations it says stem from the crisis.

In addition, the new White House report leans heavily on policing to remedy the problem.

While “policies intended solely to arrest or jail homeless people simply because they are homeless are inhumane and wrong,” the report says that “when paired with effective services, policing may be an important tool to help move people off the street and into shelter or housing.”

The crisis has been exacerbated by “the tolerability of sleeping on the street, which among other factors may be affected through policing of street activities,” the Council of Economic Advisors adds.