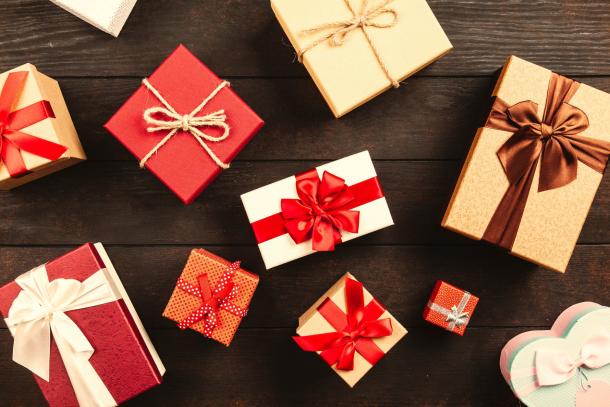 We know everyone’s tapped out of ideas for what to gift to co-workers this month. We’re readers here at California City and County News, here’s a few favorites you might grab for you and yours this holiday season, based on what we’ve been reading this year.

And hey, if the people in your life aren't readers, you can always get them an audiobook subscription.

Strong Towns: A Bottom-Up Revolution to Build American Prosperity is an effort to present "a new vision of urban development in the United States." Presenting the foundational ideas of the Strong Towns movement he co-founded, Charles Marohn explains why cities and communities of all sizes continue to struggle to meet their basic needs, and reveals the new paradigm that can solve this longstanding problem.

Strong Towns is actually holding a series of events around Southern California in early December, should you be so inclined.

For the City Manager/County Administrator:

Co-authored by Rolling Hills Estates Councilman and friend of our site Frank Zerunyan, Newgotiation for Public Administration Professionals reframes negotiation practices around the principles of collaboration, building relationships, and gaining (and maintaining) trust. We interviewed Frank about this new book back in September, when he told us “Simply put, public administration professionals cannot afford to lose in any negotiation. For example if there is a winner and loser in a labor contract negotiation with city employees, does the winning party really win? A system that emphasizes winners and losers inevitably leaves parties feeling slighted, as if someone got a raw deal. This feeling does not make for long term success in the public sector. The traditional negotiation taught in business schools and law schools promotes hard power and dominance in a competitive process. “Newgotiation” turns this traditional process on its head by building relationships and trust to cut a better deal through collaboration.

For the Public Health Officer/History Buff:

Ok, so this one’s not so “merry and bright”, but The Great Mortality is probably the most engrossing read on this list. The “Black Death” killed 25 million people across Asia in Europe in just 5 years beginning in 1347. This book provides a fascinating look at not only the spread of the disease, but a County by Country look at how people, governments and institutions responded to the crisis. There are tremendous characters, from savvy (and murderous) princesses to “plague doctors” and everyday heroes who dealt in close quarters with the victims of what seemed to everyone as an apocalypse.

How do you truly make more walkable communities? Jeff Speck’s follow-up to his bestselling Walkable City is the resource that cities and citizens need to usher in an era of renewed street life. Walkable City Rules is billed as “a doer’s guide to making change in cities, and making it now.” It’s a well organized book built around specific rules such as “Focus on speeding” and “Fix your codes”. The book also takes careful time with suburban and rural communities, acknowledging simply “it’s where most Americans live”.

For the Political Junkies:

Some folks may be sick politics, others never do. If you’re looking for a behind the curtain take on political campaigning, We're With Nobody is one of the few insiders’ looks at the multi-million dollar opposition research industry, or “oppo” as it’s called. This is how “research” as its also euphemistically called builds a case against political opponents and crafts it into public narratives. Its a great week chronicling a year in the life of two guys “on a dedicated hunt to uncover the buried truths that every American voter has a right to know.”

This is a wildly fun read if you're into the more "cloak and dagger" side of politics.

For Techies and Community Engagement Buffs:

The local government world has blossomed with community centered technology (and technologists), and no doubt your doors have been knocked by an array of app developers,  “hacktivists” and even traditional tech firms pushing something called “Civic Tech”.  USC faculty member Andrew Schrock takes you on a very readable (and short) jaunt through this world and what it means for the future of communities, local government and citizen engagement.

Did we miss anything? Let us know and we'll add it before the holidays are done!