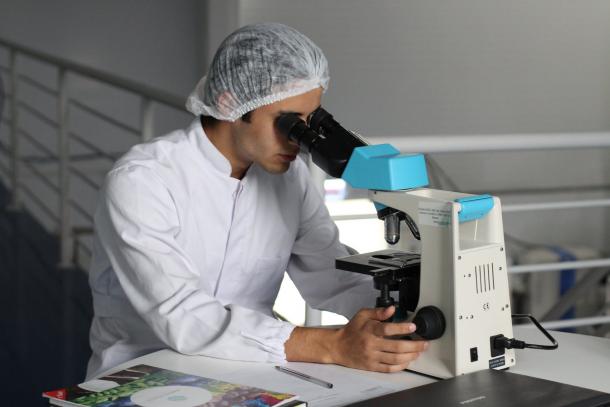 One of the most fascinating questions surrounding SARS-CoV-2 is when exactly it got here, how many people it has actually infected, and what the true death rate may be. A new Stanford survey out of Santa Clara County sought to answer some of those questions. Now we’re getting some preliminary results.
Researchers put out a call on Facebook for residents who wanted to be tested for antibodies. 3,300 people were screened.

The team recruited volunteers through Facebook ads, pricked blood from their fingers at a drive-up station, and ran the tests in the first week of April. They found 1.5% had immune system antibodies to the virus, meaning they had been infected at some point, even if they had no symptoms.
Taking into account that the tests don’t work every time (they can give false negative results), and correcting for biases in the selection of people surveyed, the team estimated that in fact somewhere between 2.5% and 4.2% of residents have been infected already, or as many as 83,000 people in the county of two million.
Because Santa Clara County had only about 950 confirmed cases at the time, this suggests to them that 50 to 85 times more people were actually infected than appeared in the official tallies, a phenomenon called the “under-ascertainment rate.” — Technology Review

The wider prevalence is the bad news. The good news is that this suggests a far lower death rate than previously assumed. If the true infection rate is higher by a factor of more than 50, the percentage of people dying from the virus is less than 0.2%.

But wait. The study comes with a number of caveats.

The Stanford group warns that their conclusions rely on the accuracy of the antibody tests, which isn’t assured. The authors say that if the test they used is less accurate than they think, it could strongly affect their conclusions, or even negate them. People had to be on Facebook and have a car to respond to their ads. And if they were trying to get a test, they might have been more likely than average to have had covid-19 symptoms, which could have inflated the results. The group of volunteers was also skewed toward women and was less than 10% Hispanic, even though this ethnicity accounts for more than 30% of known covid-19 cases in Santa Clara.

Additionally, Santa Clara County—one of the wealthiest and healthiest regions in the country—is hardly representative of the United States. The median household income was $116,178 in 2018 compared to $71,228 statewide. The obesity rate is about a quarter of the national average and the vast majority of residents have health insurance.
Natalie E. Dean, Assistant Professor of Biostatistics at the University of Florida, summarized her own skepticism in a post on Twitter. Click on the tweet below to read the entire thread.

A rapid, unsolicited peer review on emerging serosurvey data from Santa Clara County, and why I remain skeptical of claims that we are identifying only 1 out of every 50 to 85 confirmed cases.1/10https://t.co/fk45sn1NHl— Natalie E. Dean, PhD (@nataliexdean) April 18, 2020

For all the havoc it has already wreaked on the United States, much of COVID-19 remains a mystery. In the coming weeks, months, and years, we will learn more about this insidious disease. That knowledge will be one of the greatest weapons scientists and governments have against the virus.