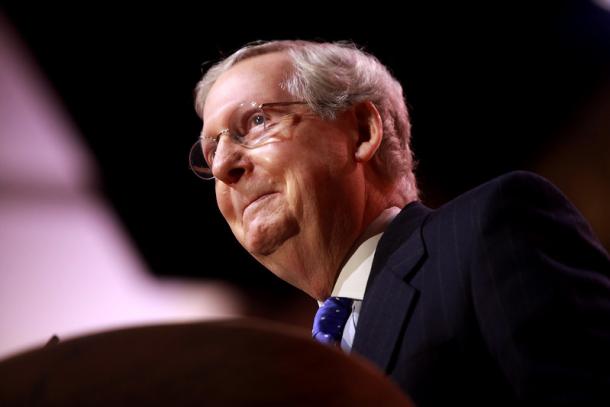 Mitch McConnell Tells State and Local Governments They're On Their Own

Senate Majority Leader Mitch McConnell has no interest in helping struggling state and local governments make their way through the current economic crisis. In a series of interviews this week, he made clear his opposition to federal aid for what he calls a “blue state bailout.”

Instead of the government stepping in to help those hit by coronavirus, McConnell said state and local governments should be able to “use the bankruptcy route.”

“My guess is their first choice would be for the federal government to borrow money from future generations to send it down to them now so they don’t have to do that,” McConnell told radio host Hugh Hewitt. “That’s not something I’m going to be in favor of.”

In another interview with Fox News’ Bill Hemmer, McConnell said he would try to limit any coronavirus aid for state and local governments. Never mind that the blue states McConnell dismisses contribute the bulk of revenue to federal coffers.

Not all Republicans are too keen on stiffing states and localities in a time of need, however. Senator Rob Portman (R-OH) signaled a very different position on Wednesday.

The skyrocketing unemployment rate and subsequent decline in tax revenue has left local gov’ts stretched to the limit.