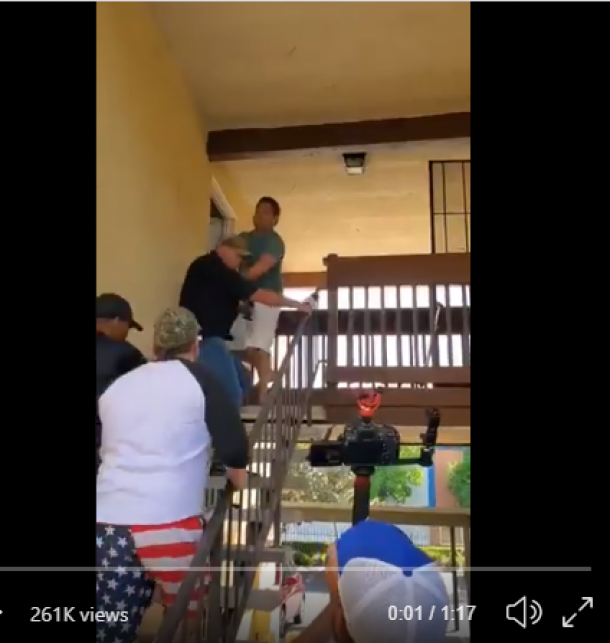 It’s Time To Stop The Intimidation Of Elected Officials

Earlier this week the council President for the city of Fresno was met at his front door by an aggressive band of protestors angry at the city’s policy of sheltering in place. While most Californian’s support the movement restrictions as a matter of public health, there is a smaller subset of fringe activists who fashion themselves as modern day freedom fighters because they protest the fact that they can’t go bowling or get their nails done.

Heated debates in city councils are not new. What is new is the emerging tactic of violating the private homes and space of public elected and government officials. Make no mistake, the intent of the roving band of activists that upended the life of the council President was to intimidate, harass, incite and embarrass him. That’s why they brought a video camera — and that’s why it was posted on social media.

This activity must be stopped. The state legislature and city governments must proactively take steps to protect the safety and privacy of government officials. While this particular incident was engaged by right wing hooligans, this activity is also increasingly pronounced on the left. Labor unions, environmental organizations, alt-right groups, and renter advocates have all been complicit in this behavior with increasing frequency over the past few years.These intimidation tactics are not partisan, they are part of a broader social phenomenon that will lead to increasing violence against decision makers unless we put a stop to it.

Anti-vaccine activists are responsible for increasingly aggressive behaviors in the state capitol. Violent language, graphic depictions and encouraged aggression resulted in both a state Senator being physically accosted as well as one activist throwing menstrual blood on the floor of the Senate. By appeasing the violence, we accept it. And the situation in Fresno illustrates the need for local governments to take action before someone is physically assaulted.

We currently have protections for law enforcement officials and judges that preclude disseminating information about their addresses, phone numbers and places of work. These protections should be extended to local officials immediately. Given that it is the intent to intimate and harrass government officials, we must consider greatly enhancing criminal penalties and ultimately holding social media platforms responsible for allowing threats to government officials to be posted on their platforms once they are made aware of them.

If the state legislature won’t act immediately, cities, counties and schools should. Yes, civility and proper discourse has devolved in the past few years but we can and must do what we can from devolving into a banana republic. Take action. Now.

Wow. Things are getting a little out of hand in Fresno... Fresno City Council President clashed with conservative activists outside his apartment. pic.twitter.com/DAEwgaeQ1M
— Veronica Miracle (@ABC7Veronica) May 13, 2020