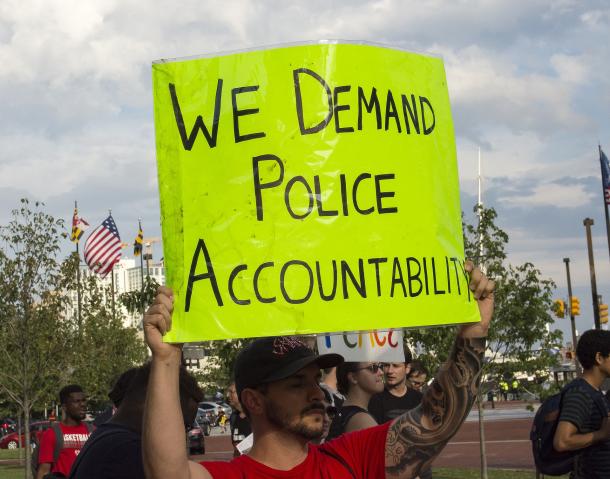 Once again, the American landscape looks vastly different than it did just one week ago. Dozens of cities across the United States have imposed curfews as civil unrest spreads, sparked by the death of an unarmed black man, George Floyd, in Minneapolis police custody last week. We’ve been following it all.

There was peaceful protest.

There were also some horrific scenes — brutality; assaults on the press; businesses, city halls, and court houses set ablaze. One powerful image shows Columbus, OH police pepper spraying a congresswoman while a city councilman tries to shield her.

But there were also moments of humanity and displays of solidarity from police officers and chiefs across the nation. Watsonville Police Chief David Honda held up a sign bearing the names of people killed by police. Santa Cruz Police Chief Andy Mills took a knee with protesters to bring attention to police violence.

By late Sunday evening, the violence had grown completely out of control. Much of Washington, D.C. was ablaze. As we enter another day and evening of demonstrations, we urge everyone to stay safe.