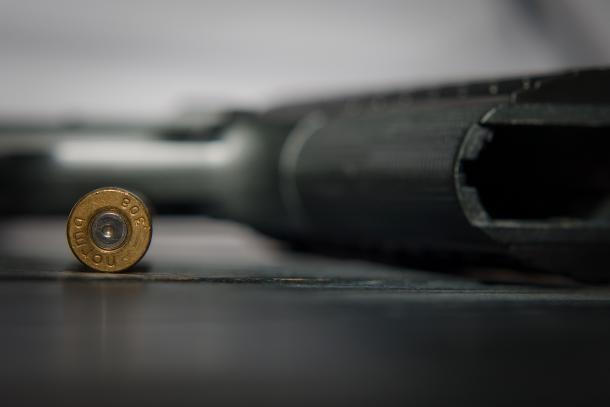 Last week, agents with the Federal Bureau of Investigation unveiled one of the most chilling acts of attempted violence against a public official in recent memory.

Federal agents said Thursday they thwarted a plot to violently overthrow the government as well as kidnap and harm Michigan Gov. Gretchen Whitmer — a conspiracy that included visits to her home in northern Michigan and training with firearms and explosive devices.

The alleged plot mainly involved six conspirators unhappy in part about Whitmer's coronavirus restrictions, calling her a "tyrant." They wanted to create a "self-sufficient" society free from what they called unconstitutional state governments and discussed plans to storm the Capitol and take hostages, according to FBI documents filed in court.  – The Detroit News

At least two of the men were present at a demonstration to protest Michigan’s stay-at-home orders in June. As it turns out, they appeared on stage that day with Barry County, Michigan Sheriff Dar Leaf, a critic of the state’s pandemic restrictions.

Sheriff Leaf was asked by a local news station if he has any regrets about appearing with the men. He said no, adding that they have the right to a fair trial. And then he said this:

It’s just a charge.  And they say ‘a plot to kidnap.’ ... Are they trying to kidnap? Because a lot of people are angry with the governor and they want her arrested. So are they trying to arrest or was it a kidnapping attempt? Because you can still — in Michigan, if it’s a felony — you can make a felony arrest.

Leaf, a sitting sheriff, appeared to be defending a domestic terror group's extrajudicial plot to nab the state’s governor over her stay-at-home orders. His remarks earned strong rebuke.

“As Michigan’s top law enforcement official, let me make this abundantly clear-Persons who are not sworn, licensed members of a law enforcement agency cannot and should not ‘arrest’ government offficials with whom they have disagreements. These comments are dangerous,” said Michigan Attorney General Dana Nessel in a tweet.

"I don’t want anybody to think I’m sympathetic towards these charges, right, these are very, very serious charges.” Leaf, who was not involved the investigation or arrests, reiterated the importance of due process.

The plot in Michigan is a stark reminder of the heightened security threats public officials have faced during the coronavirus pandemic. California has seen its fair share. Orange County’s former public health officer was assigned a security detail and later had to resign amid threats because of a face mask mandate. L.A. County Health Officer Barbara Ferrer has also be threatened. Numerous others have left the job and city council members have been targeted. As GrassrootsLab’s Mike Madrid wrote back in May, it’s time to stop the intimidation of elected officials.